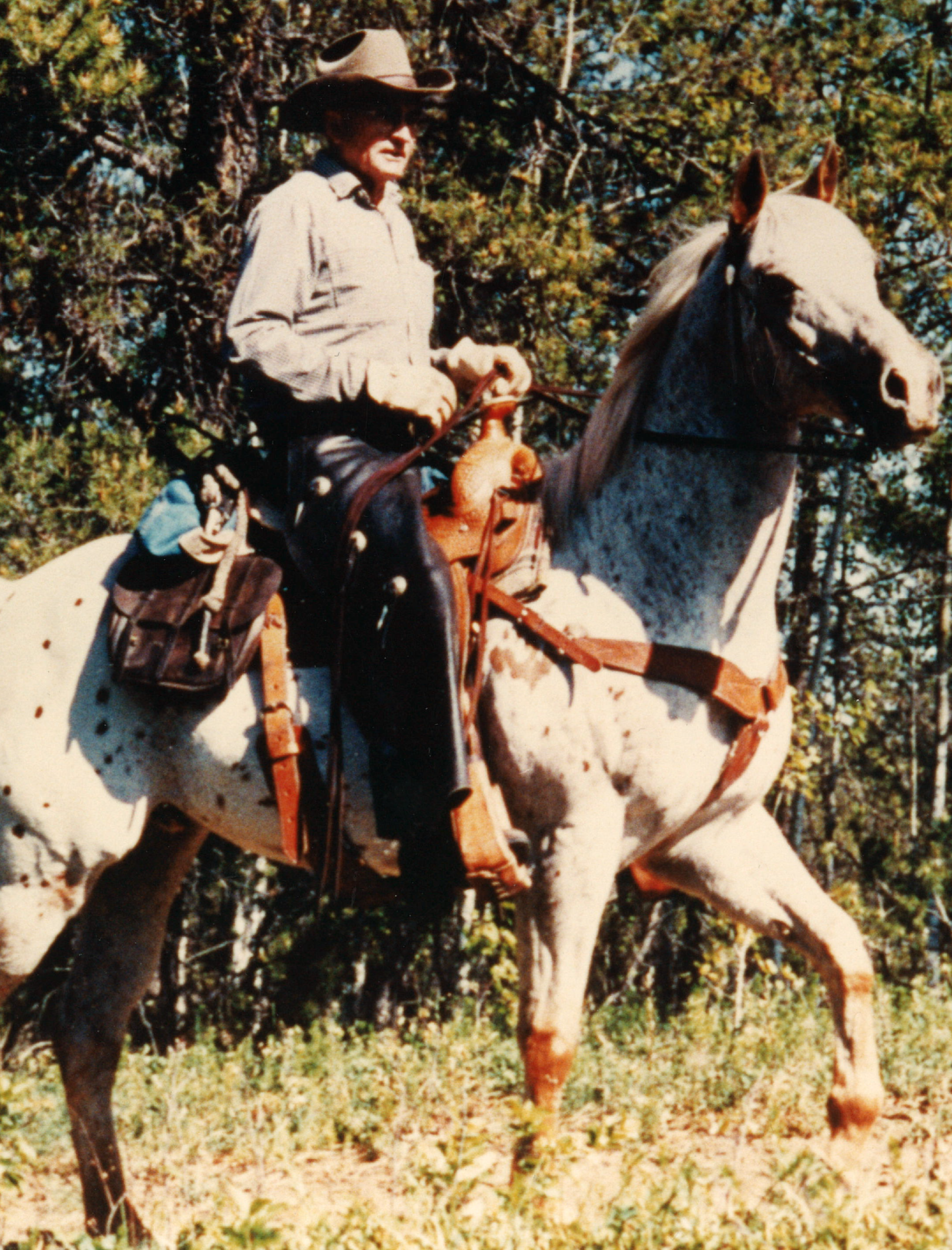 Raymond “Ray” Pollock Raymond Pollock, long time resident of Grande Prairie, AB, passed away peacefully on Thursday, October 20, 2022, at the age of 97years. Ray was born September 13, 1925, to parents George and Mable Pollock. Ray grew up in the surrounding Goodfare, AB, area. At a young age, he developed his love for horses, to which he dedicated many years of his life. By raising and selling quarter horses, he won numerous awards and created many lifelong friendships. Ray was a born salesman but well known for his position at Kraft Foods for over 30 years. He was a family man, caring, and humble. He always knew how to make someone feel special. To Raymond age was always just a number and never held him back from the things he enjoyed. Raymond will be sadly missed by his son Wayne (Gayle) Pollock; daughter Fay Boyd; grandchildren: Tab (Lori) Pollock, Daylene (Dwayne) Hommy, Brent (Shannon) Andersen, Dean (Nicole) Andersen, and Hayley (Mike) Kirtzinger; many great-grandchildren, and two great great-grandchildren, as well as numerous nieces and nephews. He will be dearly missed by friends and family. He was predeceased by his first wife Iris in 1974. He then married Barb who passed away in 2012. The family would like to thank Peter and Staff at Emerald Gardens, the Homecare team, Dr. Cloe, and Dr. Martin for all their kindness and care. A Celebration of Life will take place Wednesday, October 26, 2022, at 2:00 pm at the Hythe Royal Canadian Legion (9818 100 Ave., Hythe, AB). Memorial Donations may be made to the Hythe Royal Canadian Legion (Po Box 626, Hythe, AB, T0H 2C0).
Wednesday
26
October

Get Directions
Share Your Memory of
Ray
Upload Your Memory View All Memories
Be the first to upload a memory!
Share A Memory