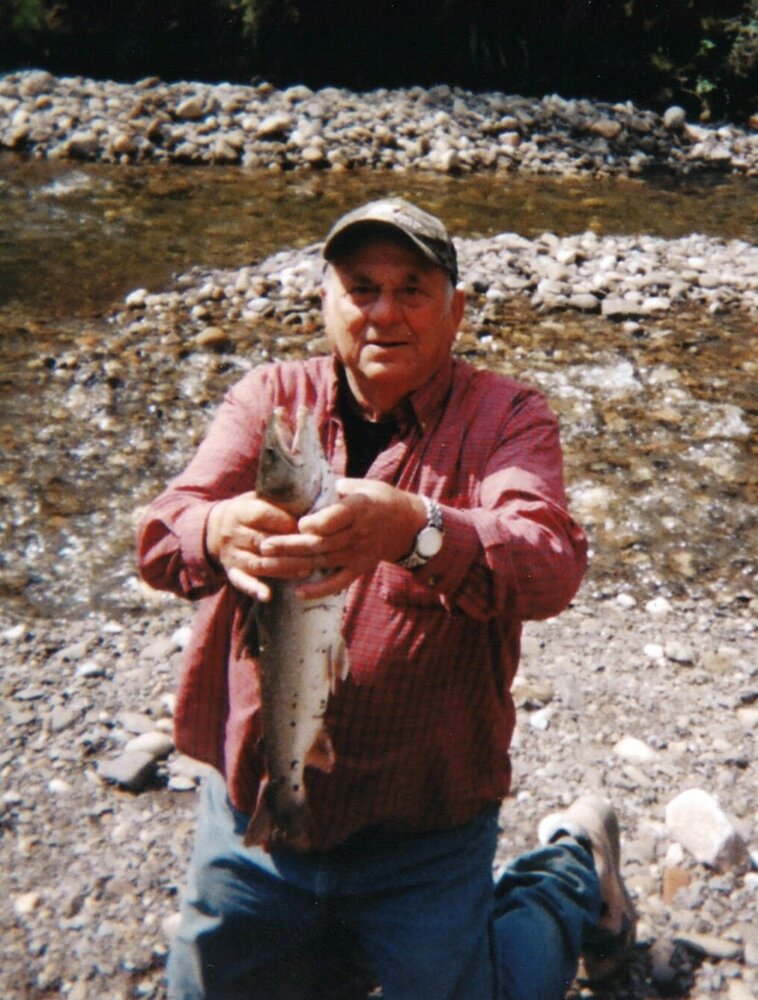 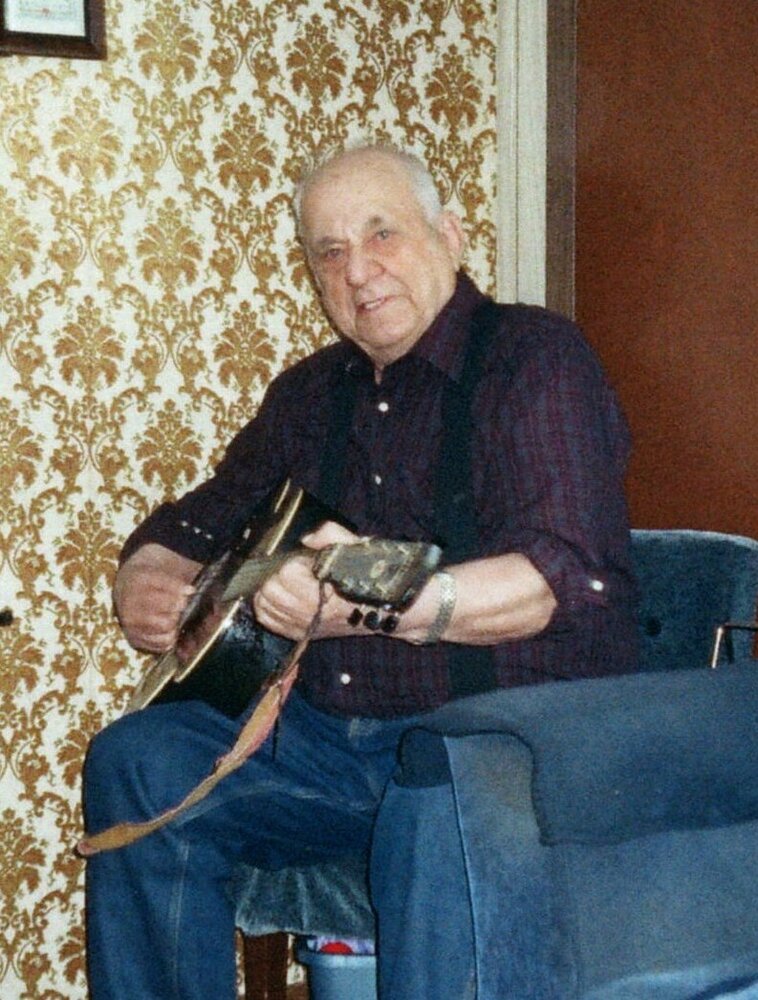 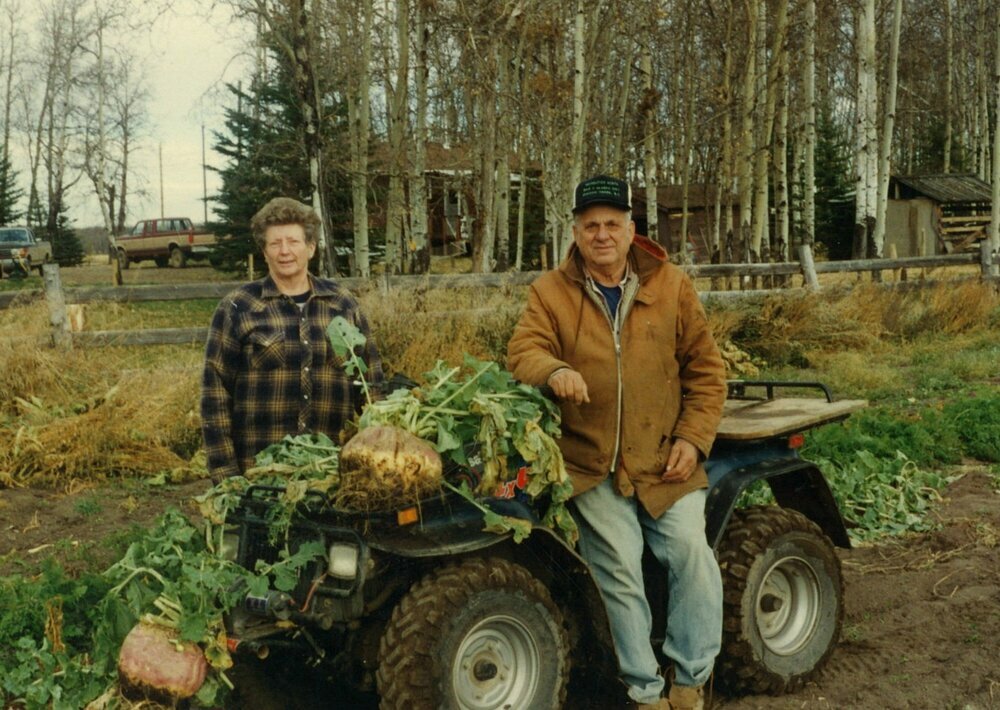 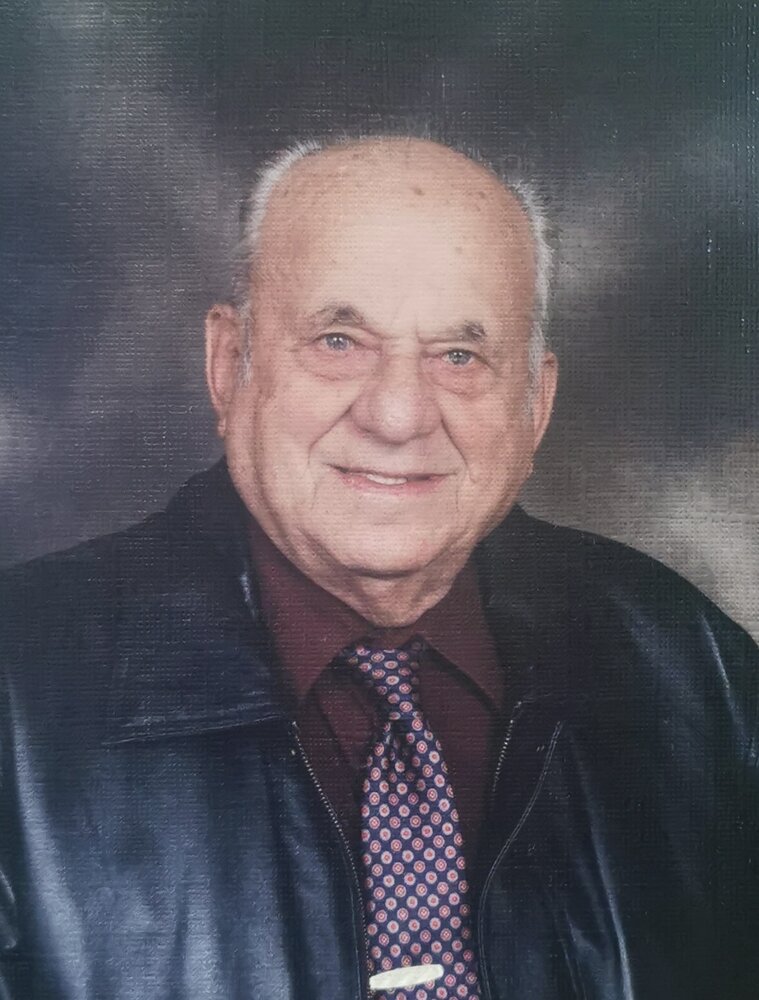 It is with heavy hearts that we announce the passing of Walter Pfau, a lifelong resident of Goodfare, AB, on Wednesday, December 22, 2021, in Beaverlodge, AB, at the age of 89 years. Walter was the fourth child born to Oskar and Olga Pfau, he was born on March 2, 1932. He grew up working on the family farm with his brothers and sister. Life was a lot tougher back then, using horses or straight out hard manual labour. Going to school back in those days meant you either had a long walk or you used a horse to get there. Walter sometimes had to go earlier to light the fire to heat up the schoolhouse. On the journey from school, he would run a bit of a trapline to make the trip more interesting. He took a homestead when he was 18 and lived there until the day before he passed. Walter held various jobs as a young man, he worked in a lumber mill, on a drilling rig, and worked loading up railroad ties by hand carrying them on his shoulder up a plank. While working in Dawson Creek along with Ted Schoepp, Walter took up learning to play the violin. The surprising part was Ted stayed after having to listen to Walter screeching away on the violin. Walter married the love of his life Velma Sipe in 1962, raising two sons and spending over 59 years of married life together. Walter and Velma were always there for each other, through good or bad times, during health problems they confronted them together side by side. In 2006 a special little lady came into his life, his first granddaughter Shania. As she grew up, they spent a lot of time together, creating many special memories. In 2020 another special little girl came into his life, his second granddaughter Annalise. He would play the guitar for so she could dance. Even in his last days when he was in lots of pain, he played so he could watch her enjoy herself. Walter really believed in a strong close family. Instead of going to work where he could have made more money than farming, he sacrificed wealth in return for spending time with his family and being there to watch his sons grow up. Walter did his best not to go to work on Sunday. That was the Lords Day, he would go to church and then visit family or friends, have a picnic, or go fishing. If the hay or grain was ready for harvest, even if rain was in the forecast, it would be left for another day. The only days he would work on a Sunday was when the cows would not cooperate and calved on a Sunday. Walter enjoyed the farming way of life, he enjoyed the animals and remained on the farm for his very last sunrise. He was not a quitter, even when facing a grim outlook close to the end, he never gave up. His faith in God was very strong, helping him through the tough times. Walter was known for a sense of humor, if things were getting boring, he would start something to liven things up. He started this at a young age; when in school would place a pepper on the hot wood stove and sent everyone into coughing spasms which probably was not appreciated by everyone. Later in life he made big wooden feet so he could walk in the snow and leave Sasquatch tracks to puzzle the neighbors on what crossed their land. Anyone who knew him well probably has a few stories of their own. Walter had many interests in life; he liked music, playing guitar, violin, button accordion, and mandolin. He was an avid hunter, teaching his sons how to walk in the bush and hunt. He spent many hours fishing, even if the fish were not biting. He also enjoyed camping, berry picking, quadding, snowmobiling, playing horseshoes and cards. The most important part of these activities for him was the people he was with. The next important was the food. It did not matter what he was doing, he would stop and light a fire and cook something up. Later in life when he had a bit more time, he took a big interest in gardening. He had a bit of a competition with Jack Goodings on who could grow the biggest turnip. He loved people, he loved talking, and he loved joking around. If he went somewhere and everyone was a stranger to him, you could bet by the time he went home, that they were not strangers anymore. Walter will be missed dearly by his loving wife of 59 years; Velma, son; Floyd (Kristine), granddaughter; Shania, son; Steven (Maywillyn), granddaughter Annalise, brother; Martin (Candace), as well as nephews and nieces, extended family, and friends. Walter was predeceased by his parents; Oskar and Olga, infant sister Malita, sister; Alice Nordhagen, brother; Harold and niece; Sharon Saunders. A funeral service will be held on Thursday, December 30, 2021 at 11:00 AM at St. John’s Lutheran Church, Huallen, AB. Pastor Ken Eifert will officiate. Interment will follow in the Immanuel Lutheran Cemetery, Goodfare, AB. Walter’s family would like to invite everyone for lunch following the interment at the Goodfare Hall. In aligning with provincial regulations, the Restrictions Exemption Program will be in effect, requiring proof of vaccination, negative test results or medical exemption for patrons 12 and over, plus mandatory masking. For those that cannot attend, a recording of the service will be made available. For friends so wishing, donations may be made in memory of Walter to the Lutheran Hour Ministries - Canada, 270 Lawrence Avenue, Kitchener, ON N2M1Y4. Very Respectfully Beaverlodge Funeral Service.
Share Your Memory of
Walter
Upload Your Memory View All Memories
Be the first to upload a memory!
Share A Memory