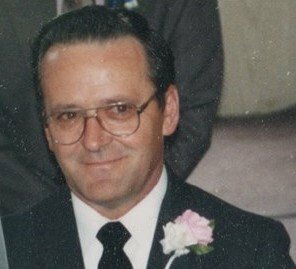 It is with great sadness that we announce the peaceful passing of Albert “Jim” Young on Monday, April 30, 2018 at the age of 73 years at the QEII Hospital in Grande Prairie, Alberta. Albert James Young was born in New Westminster, B.C. to Jack and Lile Young. At sixteen he moved to Grande Prairie and it was here he met the love of his life, Louise Thomsen. On January 11, 1969 they married and eventually moved to the Wembley area where they raised their two children. Jim loved to drive truck, buses, and machines. He loved camping, fishing, and wood working. One of his biggest purposes was to help others. Jim’s greatest pride and joy were his three grandchildren, they meant the world to him. Jim was predeceased by his parents, Jack and Lile Young, his son Barry Young, brothers Bob and Bill Young, and his in-laws Henry and Ivey Thomsen. Jim leaves to mourn his passing his loving wife Louise Young, daughter Sherry (David) MacQueen, grandchildren Meagan, Liam and Sean, Ross (Betty) Young, Jeanne (Leonard) VanderKaa, as well as numerous family members including nieces and nephews, and many friends. A Memorial Service was held on Saturday, May 5, 2018 at 2:00 PM at St. John’s Lutheran Church, Huallen, Alberta. Pastor Ken Eifert officiated. Interment will be held at a later date. For friends so wishing, in memory of Jim, true to his form, pay it forward with kindness, charity to others, help a neighbor and be kind. Jim’s family would like to thank the nursing staff on 5N of the QEII, Dr. Roy, Dr. Beuker, and the staff in the Grande Prairie Cancer Clinic. Very Respectfully Beaverlodge Funeral Service
Share Your Memory of
Jim
Upload Your Memory View All Memories
Be the first to upload a memory!
Share A Memory