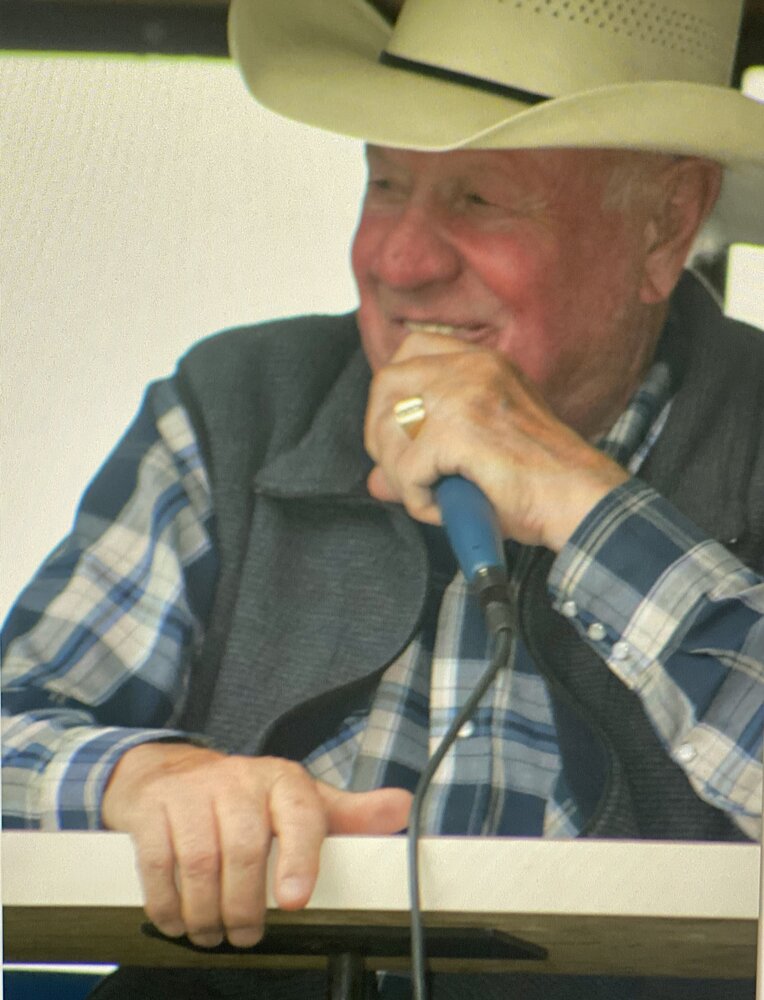 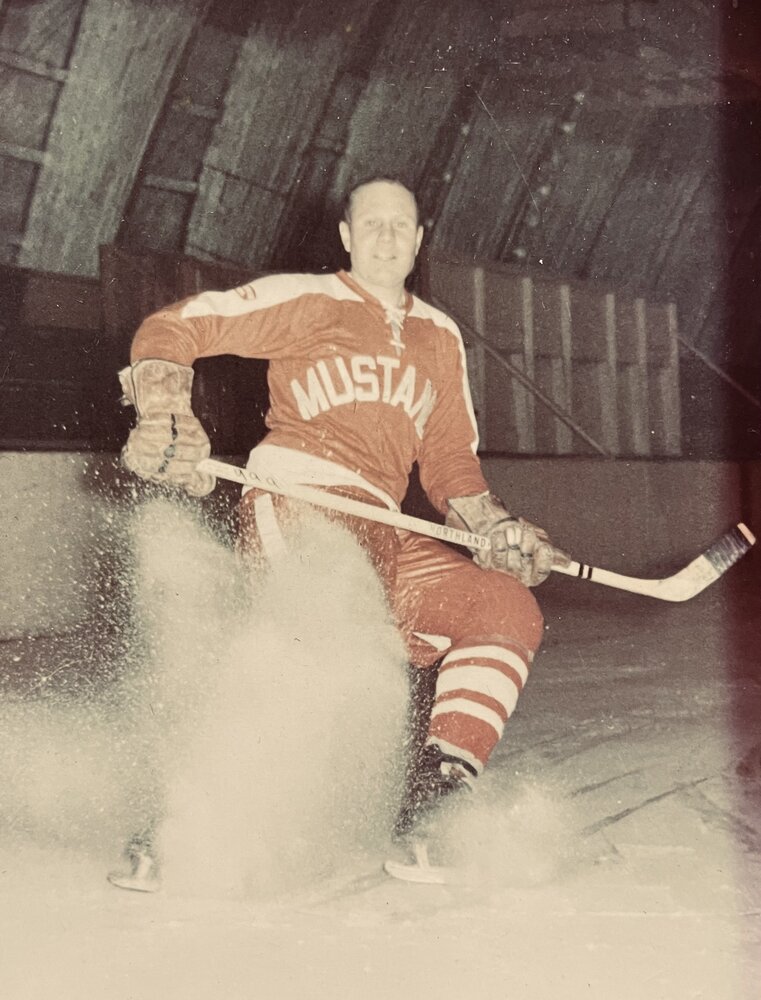 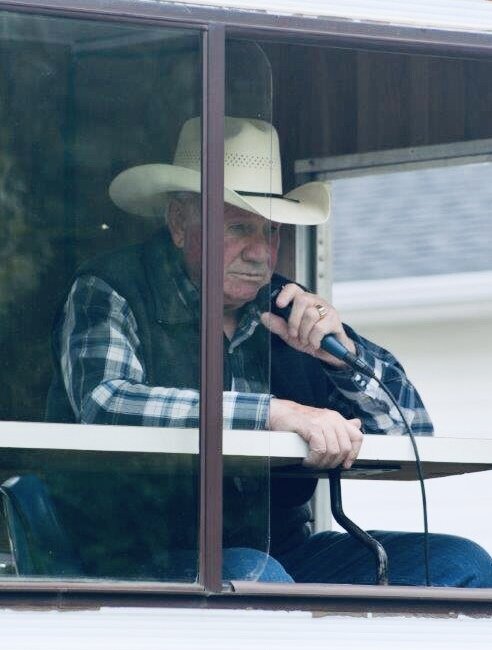 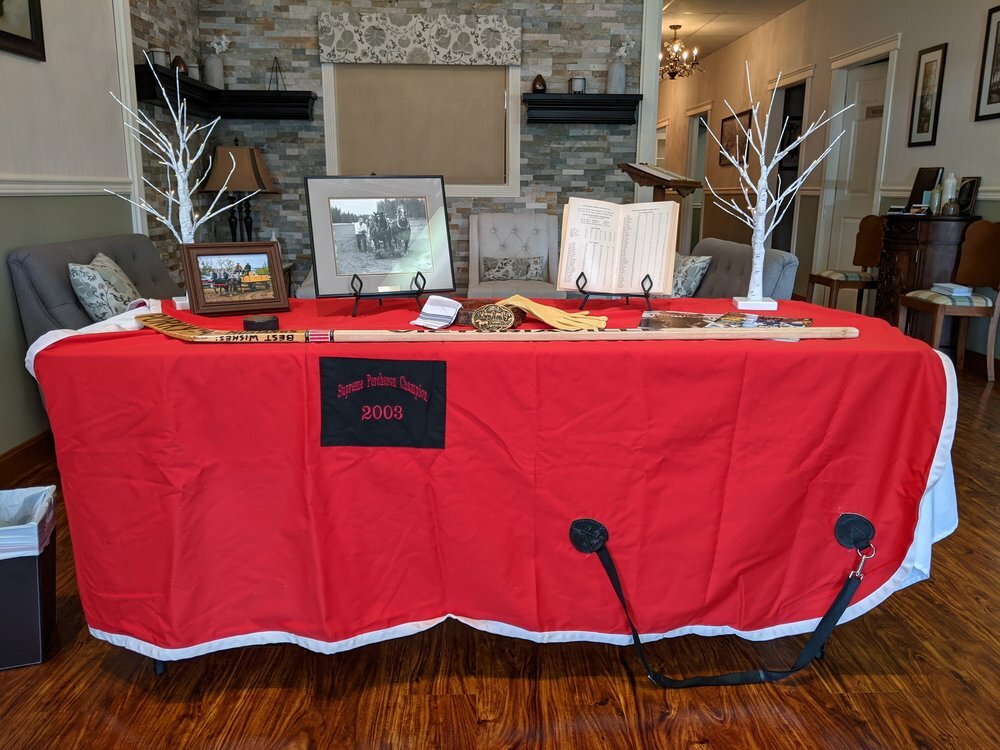 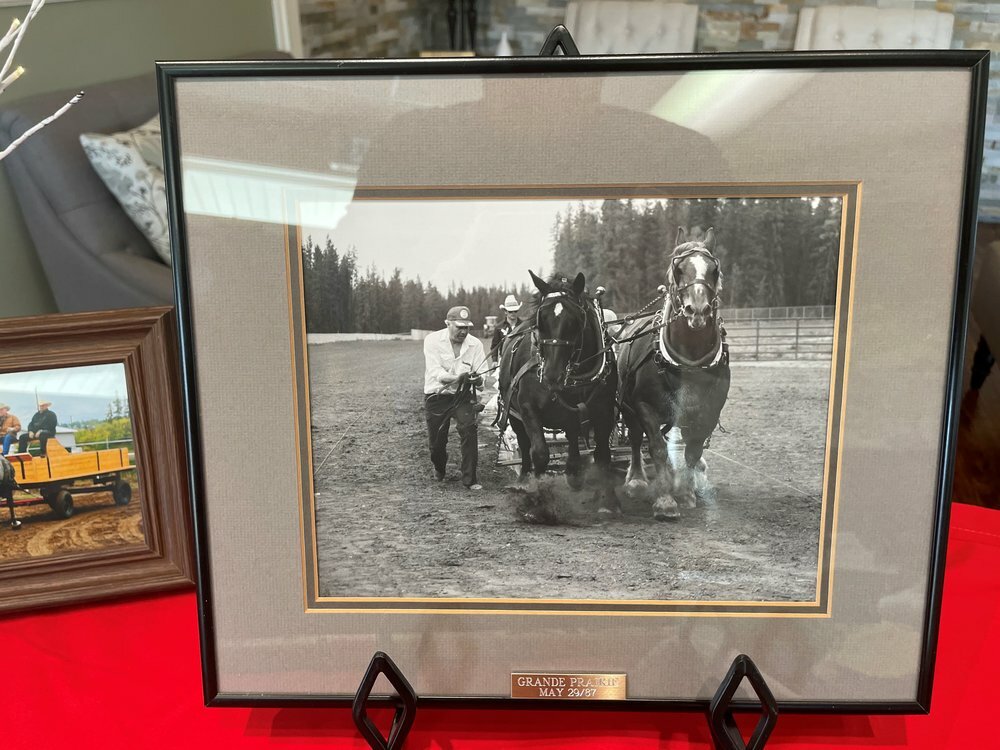 It is with great sadness that the family of Arthur (Art) Edward Patterson of Dawson Creek, BC announces his passing on April 23rd, 2021 at the age of 81 years. Art was born in Grande Prairie, AB, the fourth son to Miller and Olivia Patterson on May 2, 1939. He was raised in Hythe, AB and graduated from Hythe Senior High School in 1957. As a young boy, he travelled the country with his dad Miller, helping with the horses and chores on their farm and at “the Ranch” in the Goodfare area. Art was a gifted hockey player, joining the senior hockey team, Hythe Mustangs, at the age of 15 and continued on to Junior A with the Prince Albert Mintos, where he became the property of the NY Rangers. Art married Remona Heggelund in Valhalla Centre on September 21, 1957. They moved to Powell River, BC soon after so Art could play hockey with the Powell River Luckie’s. They returned to Hythe the following spring and Art went to work with his dad on the farm. In 1961, Art and his brother Leonard went to Reppert School of Auctioneering in Decatur, Indiana. This led to a long fulfilling career as an auctioneer and family-run business owner of Patterson’s Auction Mart in Dawson Creek, where he and Remona settled in 1979. Art was a long-standing member and President of the British Columbia Percheron Association and served as Director of the Canadian Percheron Association for BC. Raising and working with horses was his life-long dream. Art was a devoted family man, hockey fanatic, and horse enthusiast who will be remembered for his larger-than-life personality. He will be deeply missed by his family and friends. Art is survived by his wife Remona; children Tami Patterson, Allayne (Brad) Litwin, Farrah Patterson (Chris Kochanuk); son-in-law Myles Weiss; grandchildren Lance Weiss, Tanner Litwin, Colten Litwin, Sydney Litwin, Ivy Kochanuk; great-granddaughter Loann MacAlister; sister Carol (Jerry) Rude; brothers Jack (Kathy) Patterson and Donald (Wendy) Patterson; sisters-in-law Caty Patterson and Connie Patterson; and numerous nieces and nephews. He is preceded in death by parents Miller and Olivia Patterson; children Laurie Patterson and Cindy Weiss; grandchildren Rikki MacAlister and Kole Weiss; siblings Harley, Jim (Agnes), Aubrey and Leonard Patterson. “If I don’t see you in the Future, I’ll see you in the Pasture” A private family service will be held on June 30, 2021 at 1:00pm with livestreaming on the Reynars website for anyone unable to attend. A link will provided here on Art's memorial page. For friends so wishing, donations may be made in memory of Art to: -Hythe & District Cemetery C/O Debbie Balderston Box 127 Hythe, AB T0H 2C0 -or the Laurie Patterson Trust, C/O Allayne Litwin, 9 712074 RR 55, Grande Prairie, AB, T8X 4A8. Very Respectfully, Reynars Funeral Home & Crematorium
Share Your Memory of
Art
Upload Your Memory View All Memories
Be the first to upload a memory!
Share A Memory