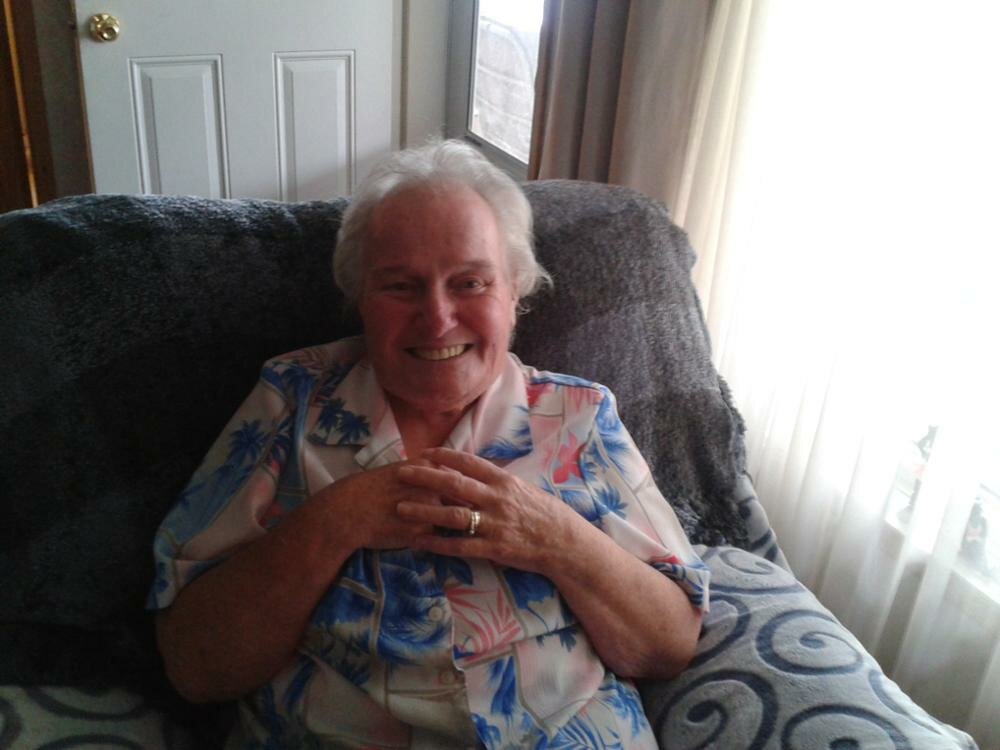 Margaret Beatrice Ryan was born on the farm in Saskatoon Creek on the 26th day of February 1934 to Tom and Effie Ryan. She was baptized in the Lutheran faith at about 6 years of age. She attended school at Landry school and later in Dawson Creek and Hanna, Alberta. She returned to the farm in 1952 when her dad retired from the rail road. She met Herman Reinitz on August 3, 1953. They had a short courtship and married on December 22, 1953. She renewed her baptism by being confirmed into the Lutheran church. Together they raised 10 children. Margie spent most of her life in the Peace River area. She stayed at home and raised her children, went to work cooking at Rotary Manor when the youngest was in school. When Herman retired they traveled south for the winters and enjoyed camping with family. Margie had dementia that crept up on her which ended her travels and she eventually had to move into continuing care in Hythe, AB. Margie was predeceased by her parents Thomas and Effie Ryan, five children, two brothers, two sisters, her father and mother in law, three brothers in law, and four sisters in law. Margie is survived by her loving husband Herman, five children, eleven grandchildren, nineteen great grandchildren, extended family and many friends. For friends so wishing, donations may be made in memory of Margie to Campus of Care - Hythe Pioneer Home, Box 388, Hythe, AB T0H 2C0. Very Respectfully Reynars Funeral Home
Share Your Memory of
Margaret
Upload Your Memory View All Memories
Be the first to upload a memory!
Share A Memory