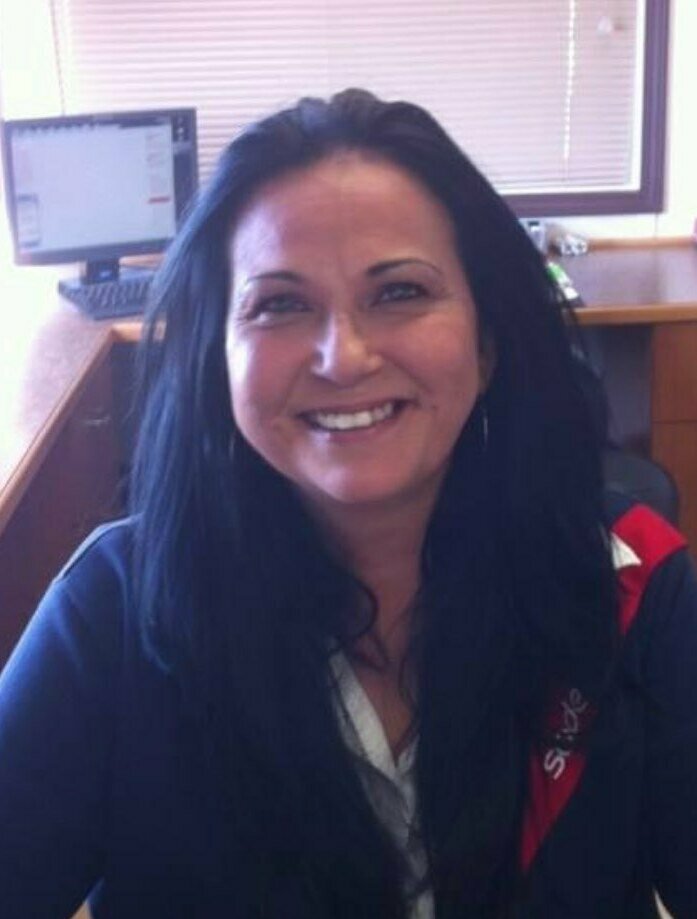 Jackie Campbell, a resident of Hythe, AB, passed away suddenly on Wednesday, April 20, 2022, in Horse Lake, AB at the age of 58 years. Jacqueline Shirley Campbell was born on Monday, February 24, 1964, in Beaverlodge Hospital to Walter and Shirley Letendre. Jackie was the third eldest of a total of seven children. The family lived in Kelly Lake where Jackie learned the traditional ways and to dry meat. Jackie was always well dressed and in style. She was one to stay positive and had the ability to find the good in everyone and everything. She did however, swear like a trucker! During her career she went from waitress to caregiver to office administrator. Jackie was part of the Kelly Lake Metis Society as it supported her family values. Jackie is survived by: her children; Hailey (Chris) Calvin, siblings; Lyle (Sandra), Lynn (Oscar), Gerry (Brian), Donna, Earl and Durrell (Joy), grandchildren; Parker and Maximus, as well as numerous nieces, nephews, extended family and friends. Jackie was predeceased by her parents; Walter & Shirley, and her niece; Shenine. Jackie will be laid to rest at a later date in the Hythe Cemetery. Very Respectfully Beaverlodge Funeral Service
Share Your Memory of
Jackie
Upload Your Memory View All Memories
Be the first to upload a memory!
Share A Memory