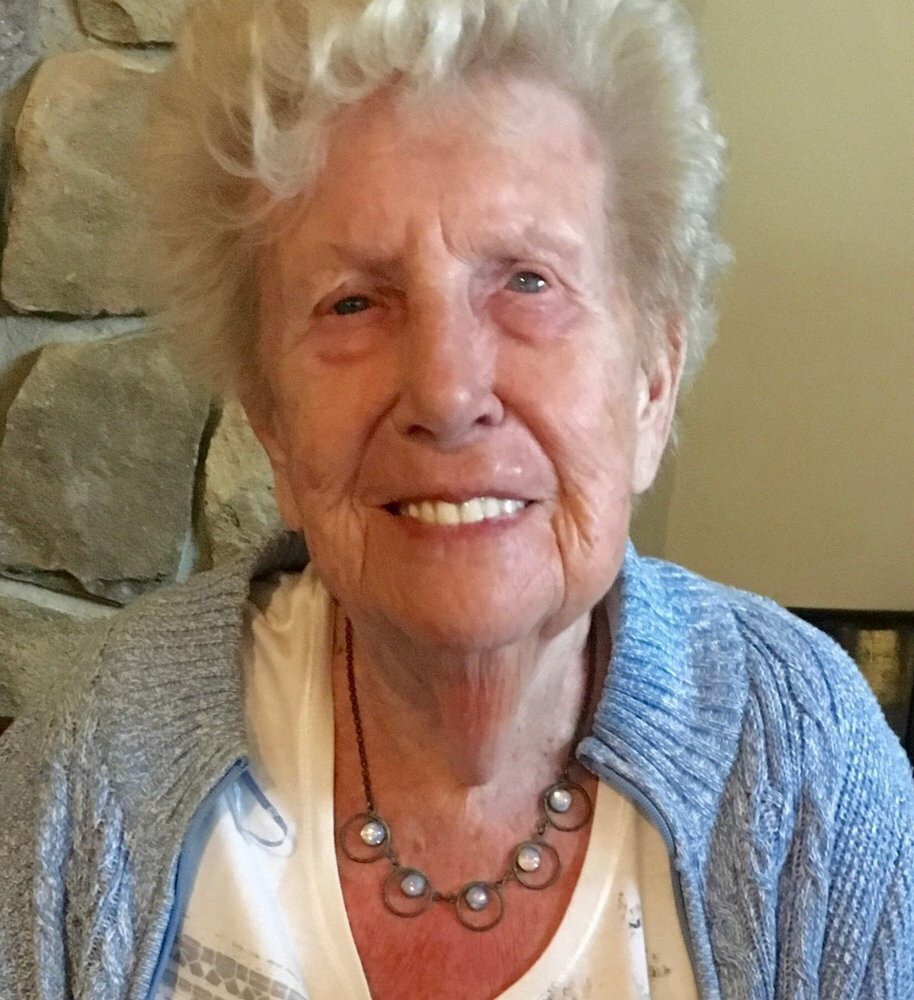 Jansje (Hanny) Sterkenburg, resident of Hythe, Alberta, formerly a long time resident of Beaverlodge, joined her many family members and friends in heaven on July 29, 2021 at the age of 92 years old. Hanny was born New Year’s Eve in Rotterdam, Holland in 1928 – the eldest of eight and at the early age of 14 had to quit school to be the primary caregiver for her siblings as her mother was ill. These close ties with her siblings stayed with her throughout her life in Canada. In 1953 Hanny bravely flew alone from Holland to Canada to marry the love of her life, Otto, arriving in Montreal spending a week on a train, across a foreign land to her first Canadian home in Hythe, Alberta – all the while without a word of English, losing her engagement ring and being ill. Hanny raised her family of 7 with a large garden, picking berries and making wild meat taste good. Children and grandchildren have fond memories of Hanny as she was a fantastic cook, famous for cinnamon buns, bread, enchiladas, Black Forest cakes, Oliebollen and Christmas baking you could not believe! Visiting over coffee and cookies was a cherished tradition for Hanny and her family and friends. Hanny and Otto were married for 68 wonderful years and were unabashedly in love and affectionate with each other. Together they built a family of their own in their children, Rene (Irene), Ron (Tami), June-Ann (Barry), Paul (Judy) and Tim (Sue). Through them, they were blessed with 12 grandchildren and 14 great grandchildren with another bun in the oven. Hanny experienced heartbreaking loss, losing son, Ron, grandson, Joel and son-in-law, Barry far too young. Hanny’s passions were her faith in her God, her love for Otto and the family, playing the piano, playing games with anyone that would play, being creative and of course spending hours getting dirt under her nails in her award-winning garden. Hanny’s family would like to invite everyone to celebrate her life at a graveside service at 11am Friday August 6th at the Beaverlodge Cemetery. A memorial lunch will be held downstairs at the Beaverlodge Alliance Church at 1pm the same day. Friends wishing to make donations may be made in her memory to Bear Lake Bible Camp – PO Box 390, Sexsmith, AB, T0H 3C0.
Share Your Memory of
Hanny
Upload Your Memory View All Memories
Be the first to upload a memory!
Share A Memory