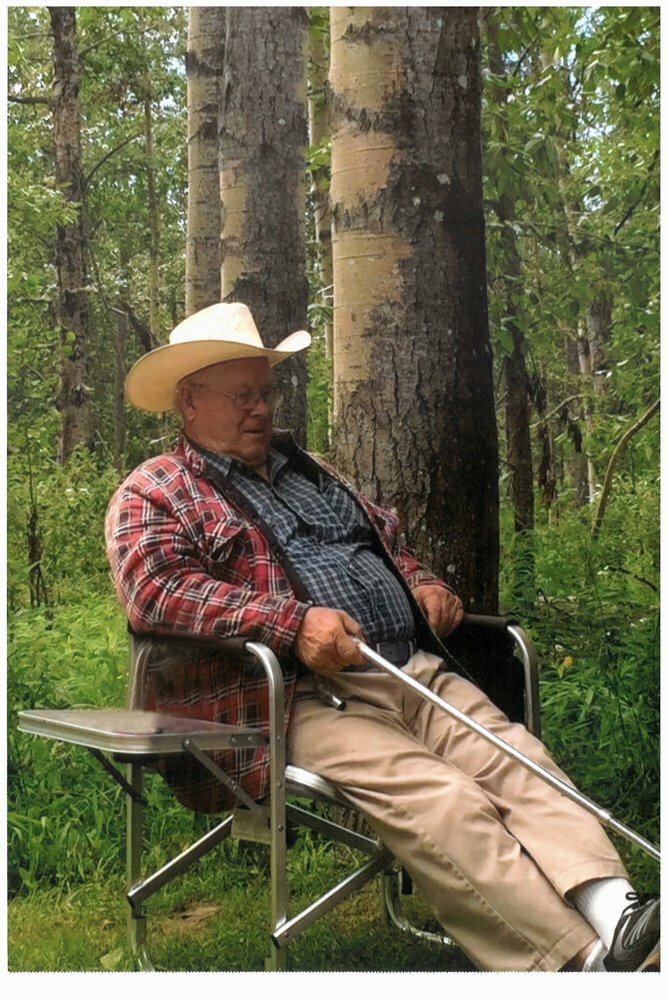 Norm Isley, a long time resident of Beaverlodge, Alberta passed away on Sunday, October 29, 2017 at the Beaverlodge Hospital at the age of 76 years. Hector Norman Isley was born on December 28, 1940 in Biggar, SK to Henry and Irene. When he was around 2 years old, the family moved and settled in the Elmworth area. Norm decided to quit school as a young teenager to begin his working career. He began by working in the mill in the area, walking to and from work, later moving to Swan Hills. Norm drove water truck in the Yukon and again, during the construction of the Dunvegan Bridge as well as working on the paving of the highway between Hythe and the B.C. border. In his later years, Norm drove school bus, operated his own sawmill, owned the car wash in Beaverlodge, looked after Spring Lake and worked security in Grande Cache. Norm was a man of many trades, including being a self taught mechanic and carpenter. Norm and Ruth met in 1974 as neighbors in Elmworth and were married on August 29, 1978. They moved to Wembley but later moved back to the homestead. It was here they built their house and were able to spend many enjoyable years in it. Norm “retired” around the age of 72 and he and Ruth made the move into Beaverlodge. Norm enjoyed fishing, hunting, camping, traveling, and spending time with family and friends. He knew how to enjoy himself and was always there to help. Norm was predeceased by his parents Henry and Irene. Norm leaves behind his loving wife of 40 years, Ruth Isley, children; Synda (Cindy) Getten, Darcy (Jeanette) Getten and Murray (Cindy) Getten, seven grandchildren, his brother Reg (Emily) Isley, his sisters; Lonnie (Gordon) Martens, Yvonne (Kevin) Balmer and Nancy (Bill) Turk, as well as numerous nieces, nephews, extended family and friends. A Celebration of Life was held on Friday, November 10, 2017 from 2:00-5:00 PM at the Anglican Hall. For friends so wishing, donations may be made in memory of Norm to the Beaverlodge Hospital Foundation, PO Box 480 Beaverlodge, AB T0H0C0, or to the Kidney Foundation of Canada, Northern Alberta & Territories Branch, 11227 Jasper Avenue, Suite 202 Edmonton, AB, T5K 0L5. Very Respectfully Beaverlodge Funeral Service
Share Your Memory of
Norm
Upload Your Memory View All Memories
Be the first to upload a memory!
Share A Memory