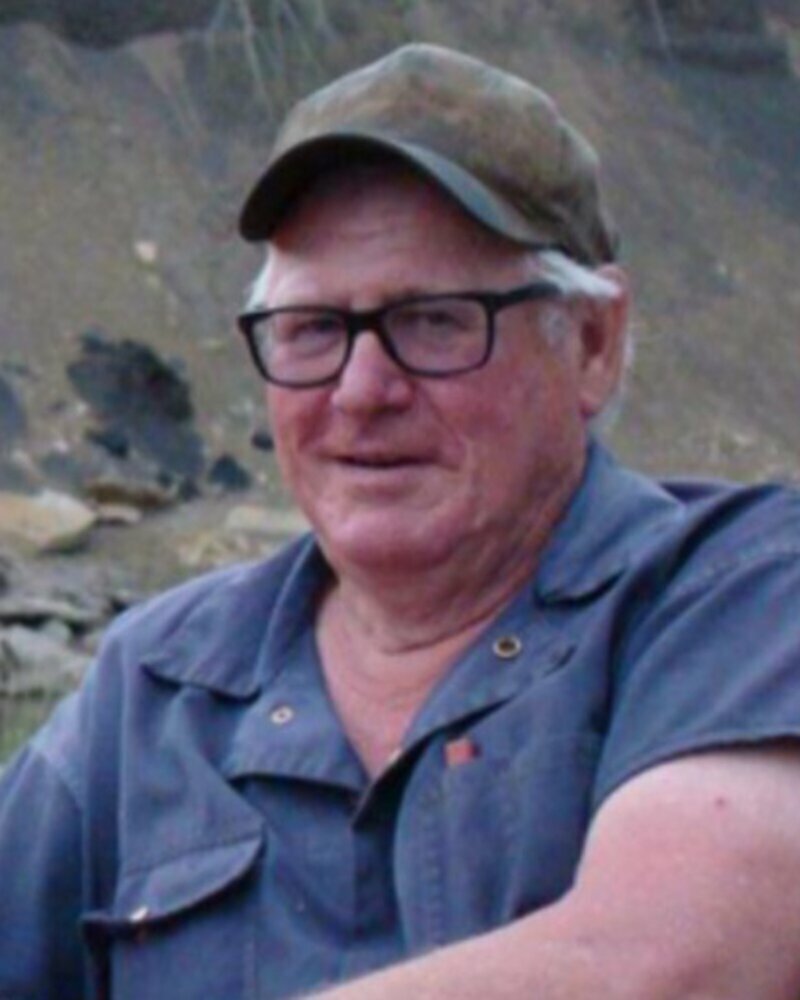 Jim was born July 10, 1940, and raised in the Halcourt /Beaverlodge, AB, area and passed away in his home near Beaverlodge, AB, at the age of 81 years. Jim helped on the family and neighbouring farms until he and Louise were married on June 10, 1966. They moved to their own farm in 1967 followed by the arrival of their children, Colleen, and Darren. Jim farmed in the summer months and worked Seismic in the winter for a few years until he started trapping. Jim was a farmer, trapper, friend, husband, father, and grandfather. Jim was a “jack-of-all-trades master of none” (His words). In Jim’s earlier years he curled, played baseball, and coached fastball. He was a chainsaw fixer, small engine mechanic, woodworker, hunter, fisherman, gardener, quad enthusiast, and a chef of hashbrowns, but only when his grandkids asked. Jim allowed us all to relive his life with him through his stories. Everyone gathered around in awe of the life Jim lived, and the experiences he had. Jim spent the later years of his life sharing his love for the outdoors, at the river, with his family; and teaching his grandkids how to repair trikes, how to build bird houses, and how to live a life that they would always remember. Jim will be sadly missed by his wife Louise Gingles; children: Colleen (Doug) Semeniuk and Darren Gingles; grandchildren: Brayden (Ayesha) Semeniuk and Cassandra (Camden) Kitaguchi; siblings: Joe (Marianne) Gingles, Douglas Gingles, and Mary (Norman) Mann; sister in-law Shirley Martin; brothers in-law: Fred Ewing, Tim (Marg) Ewing, Dave (Susan) Ewing; as well as many nieces, nephews, and friends. Jim was predeceased by his father Hugh Gingles, and mother Grace (Andy) Koszan; brothers: Robert, Johnny, and Tom; sisters in-law Marna Gingles and Jo Gingles; brother in-law Fred Hennigar; as well as, father in-law Louis Ewing and mother in-law Rose Ewing. For those wishing to do so, memorial donations may be made to the Heart and Stroke Foundation in honor of Jim. (200 1212 West Broadway, Vancouver, British Columbia, V6H 3V2). www.heartandstroke.ca
Share Your Memory of
James
Upload Your Memory View All Memories
Be the first to upload a memory!
Share A Memory