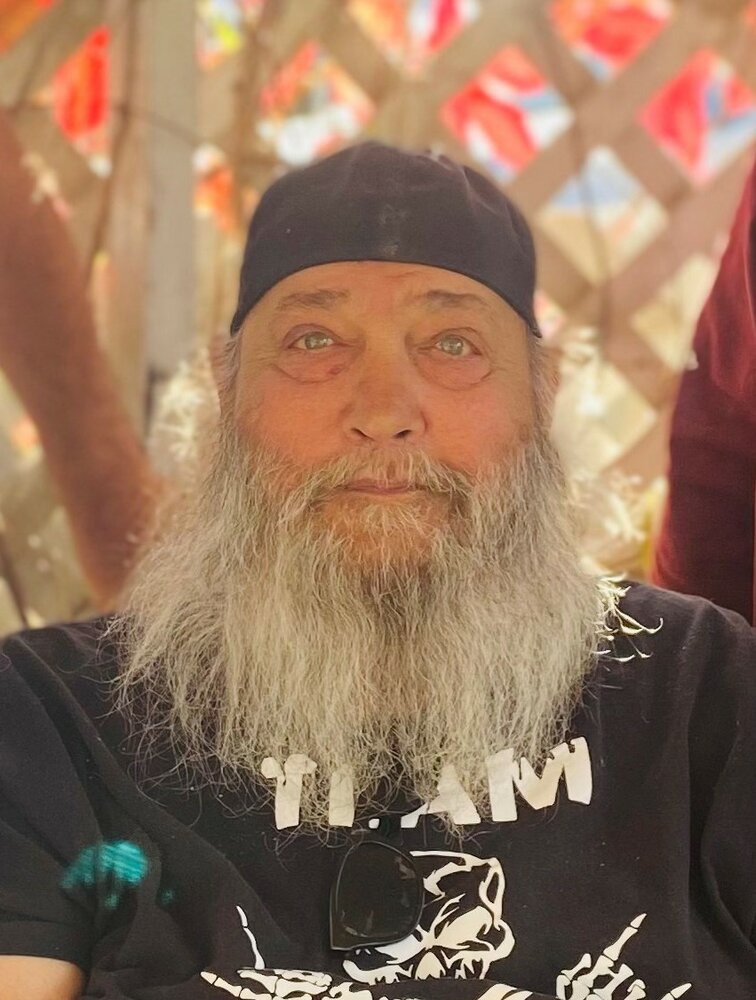 Rick Van Eaton of Hythe, Alberta passed away peacefully in the Grande Prairie hospital on Thursday, November 26, 2020 at the age of 62 years. Richard Arnold Van Eaton, was born on March 25, 1958 in Red Deer, Alberta to Gladys and Arnold. From a young age, Rick was an independent thinker and grabbed life with both hands. He was the eldest child in his family. As a teenager, he was energetic and fearless, and was even known to skateboard while in a handstand. Rick lived in Oregon and California where he worked fighting wildfires, before moving back to Red Deer around the age of 18. He spent most of his working years in the oil patch, and moved up the ranks until he became a boiler man. Throughout his life, Rick was unique in his deep love for the outdoors and passion for living off the land. Fishing took him all over Canada where he met his wife Annie. He lived for years with her in a tent while building their dream cabin in Fort Vermillion, in conditions reaching as low as -50c. He persisted and accomplished his dream. Rick’s life changed during his last 20 years, and he moved back to Hythe. Here, he became the man who most of you know as the guy sitting and watching traffic go by. Rick moved through life at his own pace. Rick’s personality could be seen recently through his home, which was uniquely decorated in a patchwork of beautiful images, eclectic art, and pieces from nature. One can only imagine that his collection spoke to him of his journey on earth, and the lasting connections he made while here. Rick leaves to mourn his loss; son, Corwyn Zsigrai of Red Deer, Alberta, his sister, Sandra (Grant) Miller of Hythe, Alberta, his brother, Roger (Shelley) Van Eaton of Surrey, BC, as well as 2 grandchildren and many friends. A celebration of Rick’s life will be announced at a later date. Very Respectfully Beaverlodge Funeral Service
Share Your Memory of
Rick
Upload Your Memory View All Memories
Be the first to upload a memory!
Share A Memory