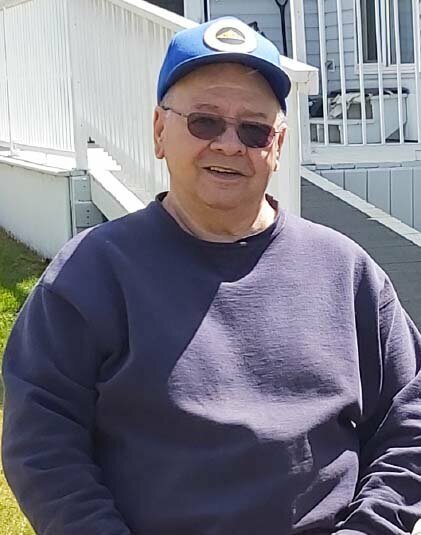 James Carl Clarence Coulson, resident of Beaverlodge, AB, formerly of Gundy, AB, passed on Friday, September 2, 2022, at the Beaverlodge Hospital at the age of 81 years. James “Jim” was born, on May 1, 1941, and raised in York County, Toronto, ON James was a certified automotive service technician, truck and coach technician, heavy duty mechanic, and boiler operator. He worked for the Department of Highways, BC as a heavy duty mechanic, then captain of the hovercraft in the 317 Fort Nelson area, then at the weigh scales just outside of Pouce Coupe. He settled down with farming in Gundy for his later years and cared for and nurtured his wife. He enjoyed repairing his many vehicles including their bodywork, walking his dog, watching old war and western movies, and going country cruising. James will be sadly missed by his children: Debra (Kerry) Auger, Christopher Coulson, and John Joseph Coulson; grandchildren: Lee (Chelsea) Swaile, Sylvanna (Jesse) Penner, and Odessa Coulson; great-grandchildren: Tucker Swaile, Nixon Penner and Mia Penner; sister Dolly Leizert; as well as many friends in the Beaverlodge and Gundy area. He was predeceased by his loving wife Shirley Coulson. For those wishing to do so memorial donations may be made to Bandaged Paws Animal Rescue Association (12220 104 Ave. Grande Prairie Alberta T8V 8A8) bandagedpaws.org/ways-to-help.
Share Your Memory of
James
Upload Your Memory View All Memories
Be the first to upload a memory!
Share A Memory