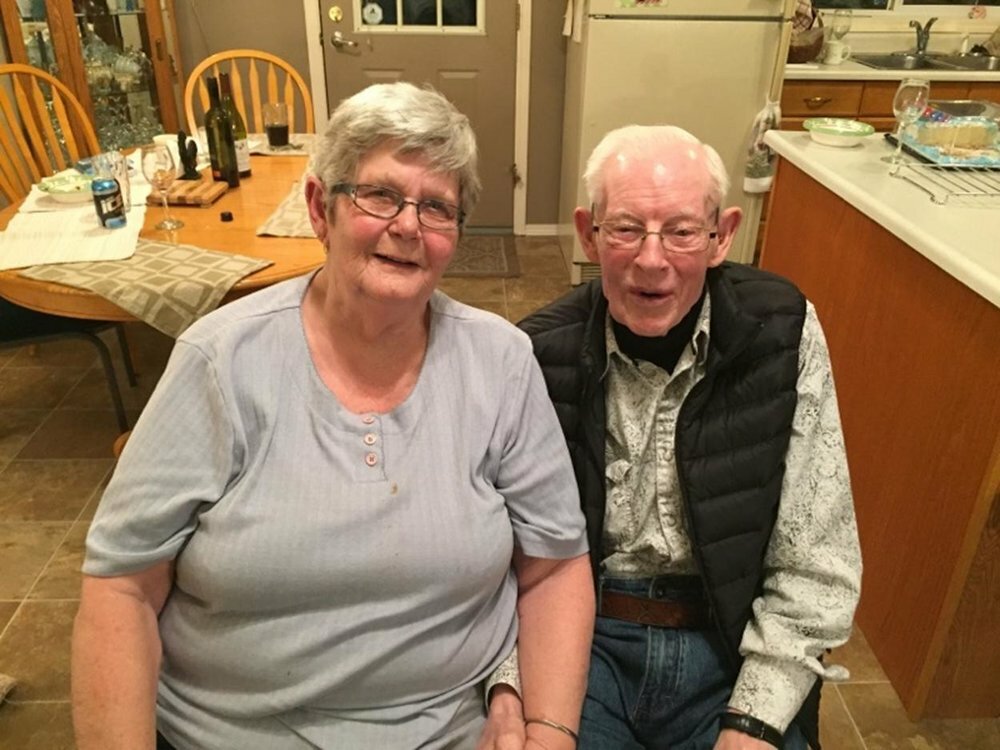 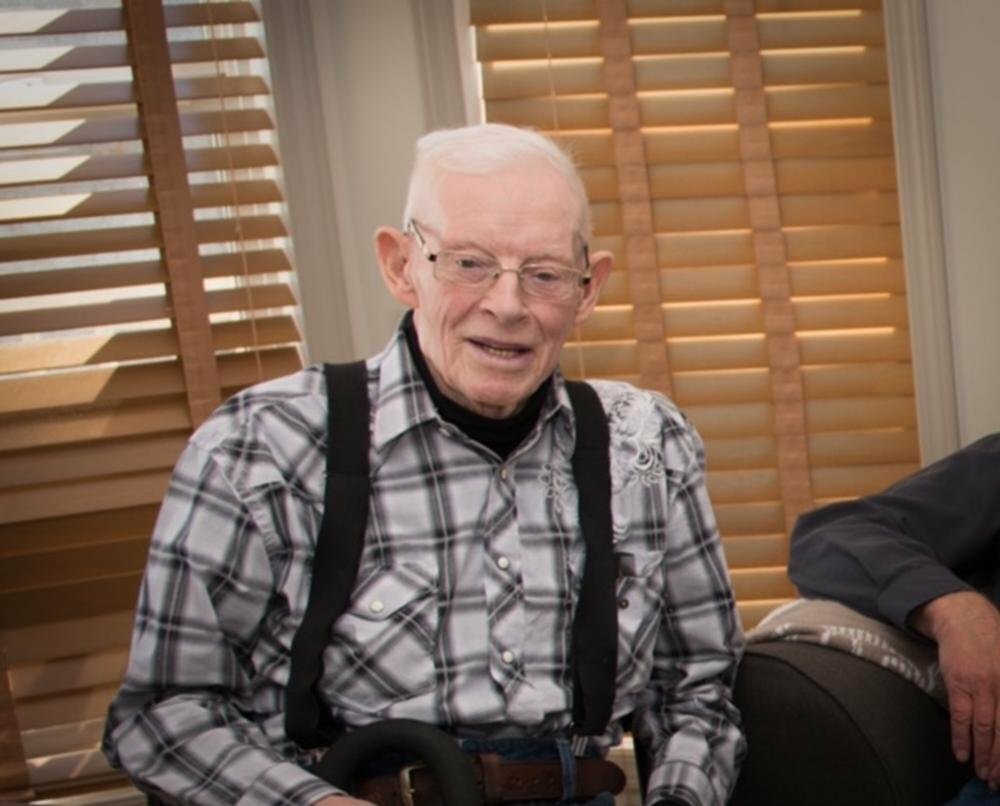 Willie Scott, a long-time resident of Beaverlodge, Alberta passed away on Friday, November 3, 2017 surrounded by family in the Beaverlodge Hospital at the age of 87 years. William Scott lived a full and happy life that began on January 16, 1930. His mother Mae Scott was taken by horse and sleigh in -40 degree winter weather to the nearest hospital that was sixteen miles away. When the young couple got to the hospital it was full so they went to a nearby house where William Walter Scott was born. “Willie” as he was known by everyone, farmed at Ridgewood and then Markerville throughout his early adult years. A farm just isn’t a home without a family which Willie’s was soon growing in 1957 when he brought home his young, beautiful wife Beverly Skjonsberg. The family grew quickly in Markerville as Willie and Bev welcomed their daughter Sharri into the world in 1958, Randy in 1960 and Ron in 1962. Needing a new adventure Willie and Bev decided to leave Markerville in 1963 and set off for the rural wonderment of the Peace Country where they bought a small farm west of Beaverlodge. Moving to the farm near Beaverlodge was an exciting new beginning for the family. Their new home was soon a hub of activity with so many wonderful neighbours, cousins and friends. The years of farming near Beaverlodge held a very special place in Willie’s heart and he often would talk about how great it was to be able to raise a family in such an ideal setting. Willie and Bev decided in retirement to move into the town of Beaverlodge in 1995. Town life was also really good with a smaller yard/garden to maintain, new neighbours to visit and many friends that would stop in for a coffee. Willie was certainly a ‘jack of all trades’. He farmed, worked as a plumber in central Alberta, manned the pumps at Birch's Esso in Beaverlodge, graded roads for the County of Grande Prairie and finished up his careers in the pulp mill at Proctor and Gamble. In each one of these jobs his coworkers would comment on two things about Willie. The first was Willie’s enjoyment of visiting with everyone he met. The second was his incredible appetite. During his time as a grader operator it was rumored that he could smell which house had fresh buns, cookies or a pot a soup and he would stop in for a visit and a snack. He was a caring family man who loved his wife, three children, seven grandchildren and 12 great-grandchildren. Willie was fortunate enough to be married to Bev 60 years which they commemorated on November 1, 2017. William is survived by his wife Beverly, his children Sharri (Patrick), Randy (Cathy), and Ron (Kris), his grandchildren Scott (Bradi), Mike (Tarynne), Carolyn, Ian, David, Katie (Lindsay) and, Melissa, great-grandchildren Trigg, Heath, Nevis, Jack, Harper, Tyrus, Adley, Violet, Adam, Ryan, Kurt and Jake. Willie was predeceased by his sister Jean, parents Walter and Mae, and son-in-law Russell Bowen. At Willie’s request there will be a family graveside memorial. For friends so wishing, donations may be made in memory of Willie to the Beaverlodge Hospital Foundation, PO Box 480 Beaverlodge, AB T0H0C0.
Share Your Memory of
William
Upload Your Memory View All Memories
Be the first to upload a memory!
Share A Memory