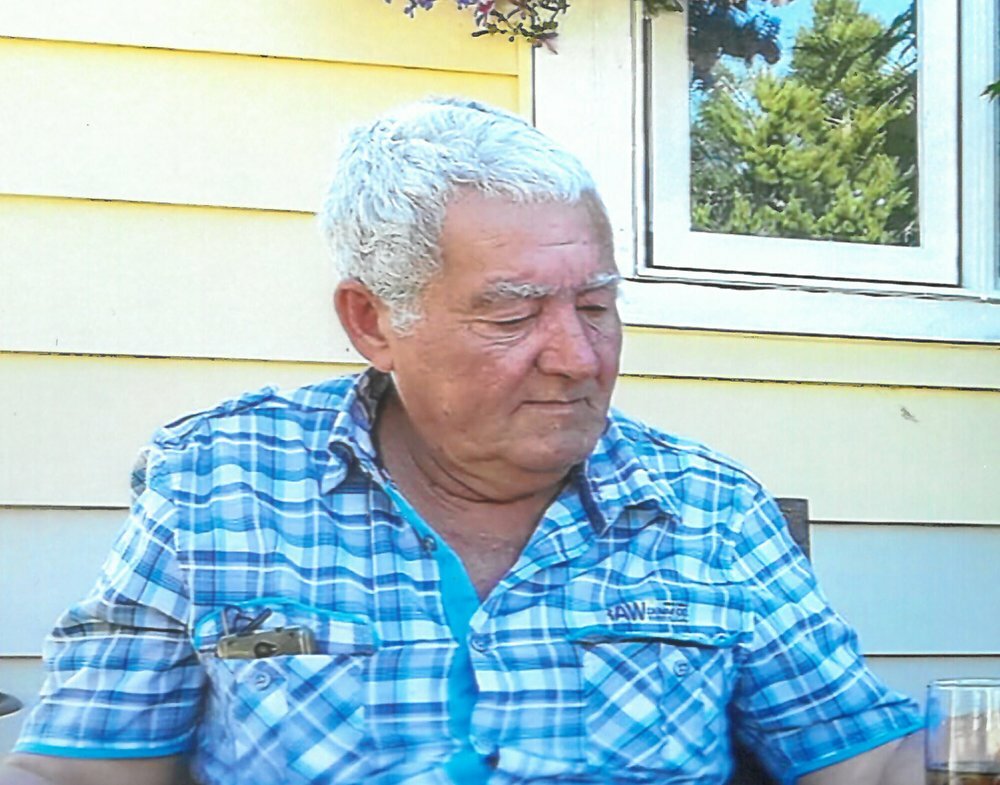 Roy Attfield, a resident of Hythe, Alberta passed away with family by his side on Wednesday, August 22, 2018 in Beaverlodge, Alberta at the age of 66 years. Roy was a former resident of Smith, Alberta, but lived a lot of his life in Taylor, BC. Reuban and Helen welcomed Roy Alexander Attfield into the world on July 15, 1952 in Rocky Mountain House, AB. Roy was a very gentle man. Shy, quiet and always calm. He loved his friends and family, but also his Palm Breeze! Roy attended school in Amisk, AB and Smith, AB. He worked in a sawmill until he became an accomplished heavy equipment operator, thanks to Len Lucas who Roy worked for. Roy has spent the last 16 years with Doran Stewart Oilfield meeting great friends along the way. Roy spent most of his time outdoors. He really enjoyed sitting around the fire with good music, company, and of course the Marmaduken, Tinkin’, and Pops, his fur babies. Roy was predeceased by his parents Reuban and Helen, his sister Lillian, and his infant son. Roy will be fondly remembered by his wife Heather, his children: Braden (Nadine), Delisa (Curtis), and Katie (Richard), his grandchildren: Taya, Sophie, Hailey, Emma and Tiegan, along with his sister Toni (Gerry), and brothers Robert (Sandy) and Gerald (Bing), as well as many nieces, nephews, and though he would not say, his best friend Dave. A Celebration of Life was held on Wednesday, August 29, 2018 at 1:00 PM. Interment will be held at a later date. Very Respectfully Beaverlodge Funeral Service
Share Your Memory of
Roy
Upload Your Memory View All Memories
Be the first to upload a memory!
Share A Memory