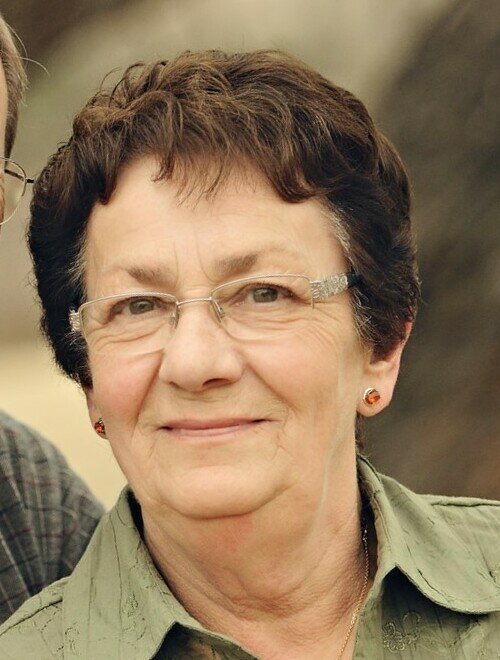 It is with heavy hearts that we announce the passing of LaVerne Helen Dixon, lifelong resident of Beaverlodge Alberta, on December 28, 2021, at the age of 77 years. LaVerne was born on May 26, 1944 to William “Scotty” Ray and Helen Ray. She was the youngest of 3 children and had 2 older brothers. LaVerne always thought of others before she thought of herself, she was kind, caring and giving with a huge heart. Family was the most important to her. Christmas was her favorite season and family gatherings were one of her favorite things to do. She also enjoyed spending time with her kids and grandkids and attending all their sports to cheer them on. She grew up in a cabin on the banks of the Red Willow River near Halcourt. She attended the Halcourt School as well as Beaverlodge Regional High School. In 1973 she opened a ladies fashion store in Beaverlodge that was called “LaVerne’s Fashions.” Later she operated Riverbend Golf Course, the Bingo Hall, and for the past 25 years the owner/operator of the Beaverlodge Hotel. She will be sadly missed by her daughter; Beverly (Eric), son; Kelly (Brenda), grandchildren; Darby (Cailyn), Stacey (Ryan), Danielle, Nicole (Aaron), great grandchildren; Sadie, Kyler, Cameron and Kaylin. She was predeceased by her parents; William “Scotty” and Helen Ray, in-laws; Art and Annie Dixon, her husband of 51 years; Donald Dixon, brothers; Eldon and Gordon Ray, sisters-in-law Thelma and Connie Ray, and nephew; Gordie Ray. For friends so wishing, donations may be made in memory of LaVerne to the Beaverlodge Hospital Foundation, Box 480, Beaverlodge, AB T0H0C0. Very Respectfully, Beaverlodge Funeral Service
Share Your Memory of
LaVerne
Upload Your Memory View All Memories
Be the first to upload a memory!
Share A Memory