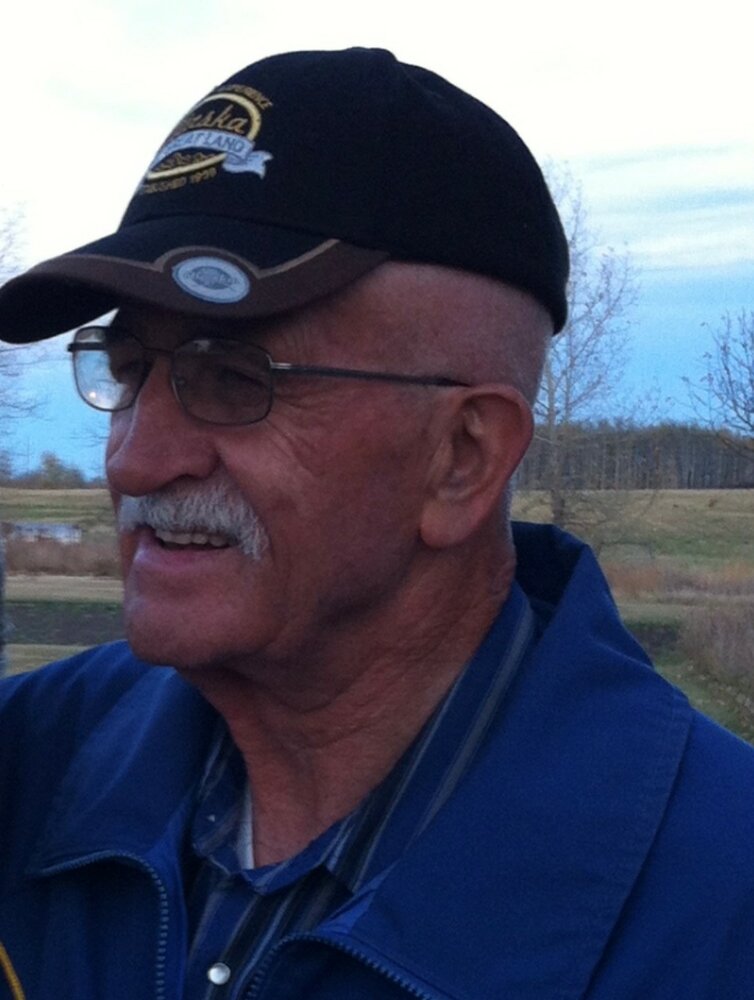 It is with heavy hearts that we announce the passing of George Lowen, resident of Beaverlodge Alberta, formerly of Lymburn, at the Hythe Continuing Care Center on Friday February 12th , 2021 at the age of 80 years. George was born on December 21st 1940 in Coaldale, Alberta. He was the 6th of 8 children born to John and Justina Lowen. At a young age the family moved north and settled in Lymburn. He met the love of his life Ruth, and they married on October 12th 1963, lived in Lymburn and raised four children. As a young man George worked at the Demmitt planer mill and on the Highway 2 construction crew, from Hythe to the BC border. He then took over the family Dairy farm with his brother David, which they ran together for 5 years. George then moved back into running heavy equipment for various companies and eventually retired from the County of Grande Prairie at the age of 65. George was a hard worker that was dedicated to raising his family. He instilled a high level of respect, love and hard work for his children. He enjoyed the outdoors by going hunting, fishing and camping. George adopted the love of music from his parents. He played the guitar, harmonica and keyboard and was a proud partner with the Lowen Brothers (Frank and David), who performed weekly for the elderly in Hythe and Beaverlodge. Family was very important for George, as such, he will be sadly missed by his four children: Larry (Joy) Lowen, Carolyn (Paul) Bartsch, Rodney (Brenda) Lowen and Byron (Larysa) Lowen; their 13 grandchildren: Brent (Lesley) Lowen, Mandi (Dan) Chabot, Juanita Bartsch (Reed Craipley), Barbara (Mike) Toupin, Trevor (Tennille) Bartsch, MacKenzie Lowen, Jonathan (Nadya Debogorski) Lowen, Bryne (Merissa Elliot) Lowen, Tia Lowen, Taylor (Zane Peterson) Lowen, Baeley (Dustin) Underwood, Reese (Kyle) Hodges, and Anastasia Shevkun; and their 16 great-grand children: Lennon and Piper Lowen, Scarlett and Ryker Toupin, Emery, Edyson and Declyn Bartsch, Dejan Oakes-Turudija, Nova and Ava Hoag-Lowen, Aspen Lowen, Rylee and Ryann Lowen, Hadley Underwood, Gleb and Damir Shevkun. He will also be sadly missed by his brothers David (Shirley) Lowen, Frank (Trudy) Lowen; and sisters Tina Pierson, Margaret (Jake) Peters, Anne (Jake) Bartsch, Mary (Torger) Torgerson, sister-in-law, Marie Lowen, as well as numerous nieces, nephews, extended family and all who had the pleasure of knowing him. George was predeceased by his wife Ruth, parents John and Justina Lowen, his brother Henry and infant sister Maria. There will be a Celebration of George’s life at a later date to be announced. For friends so wishing, donations in George’ memory may be made to the Hythe Continuing Care Center or to the Lymburn Community Association. The Continuing Care Center went above and beyond to care for Dad. The Lymburn Hall was also very important to him. Very Respectfully, Beaverlodge Funeral Service
Share Your Memory of
George
Upload Your Memory View All Memories
Be the first to upload a memory!
Share A Memory