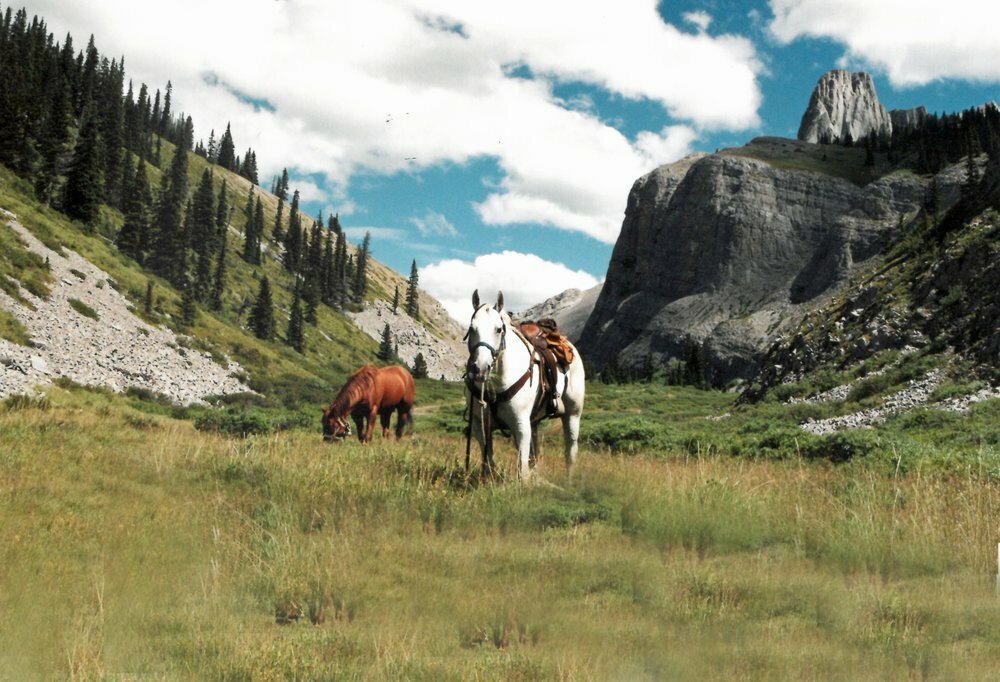 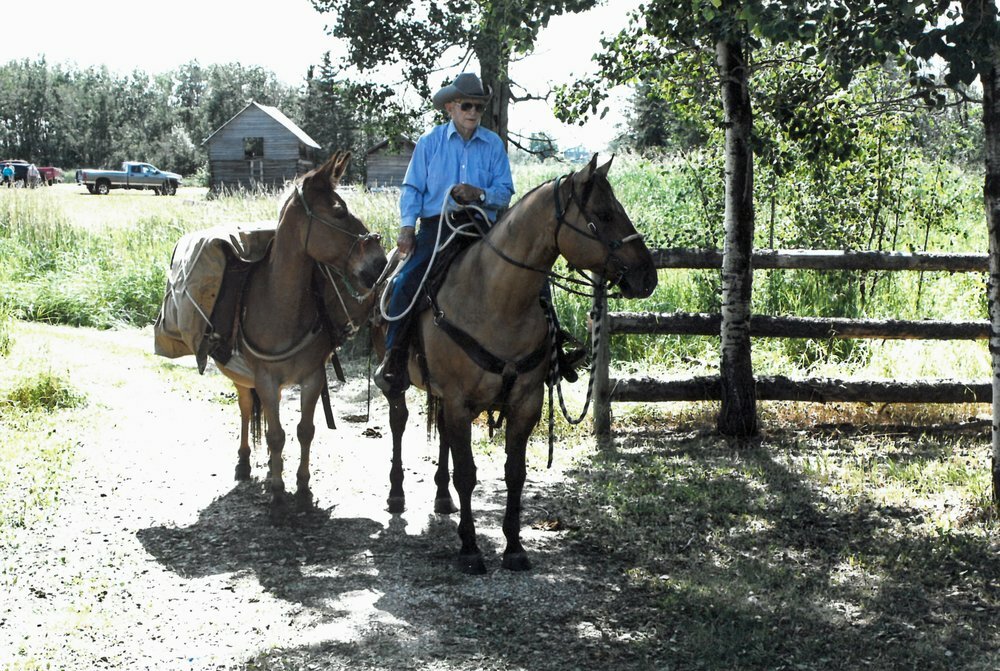 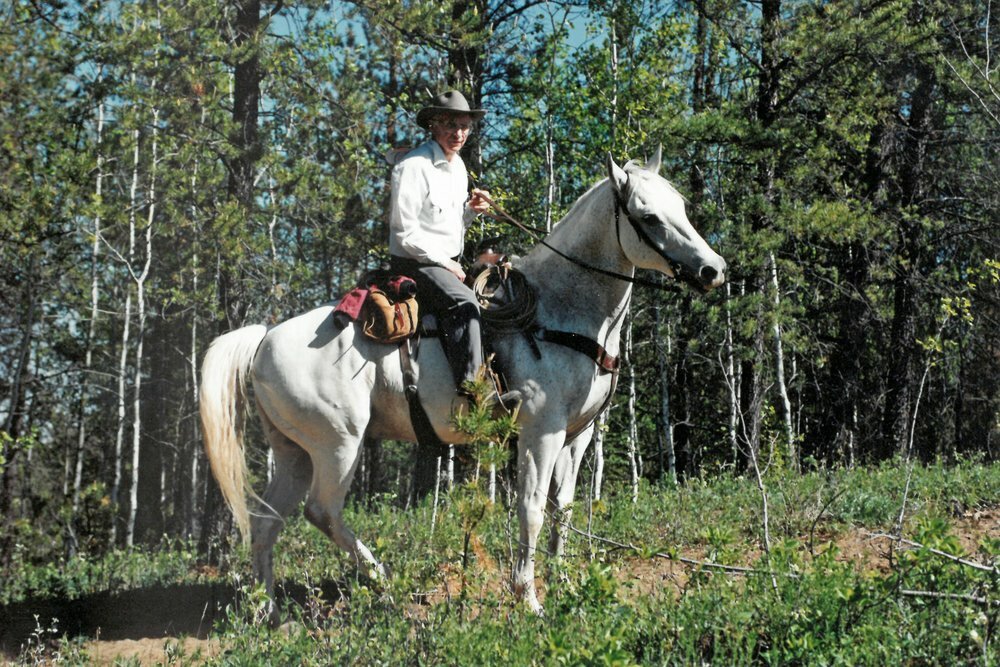 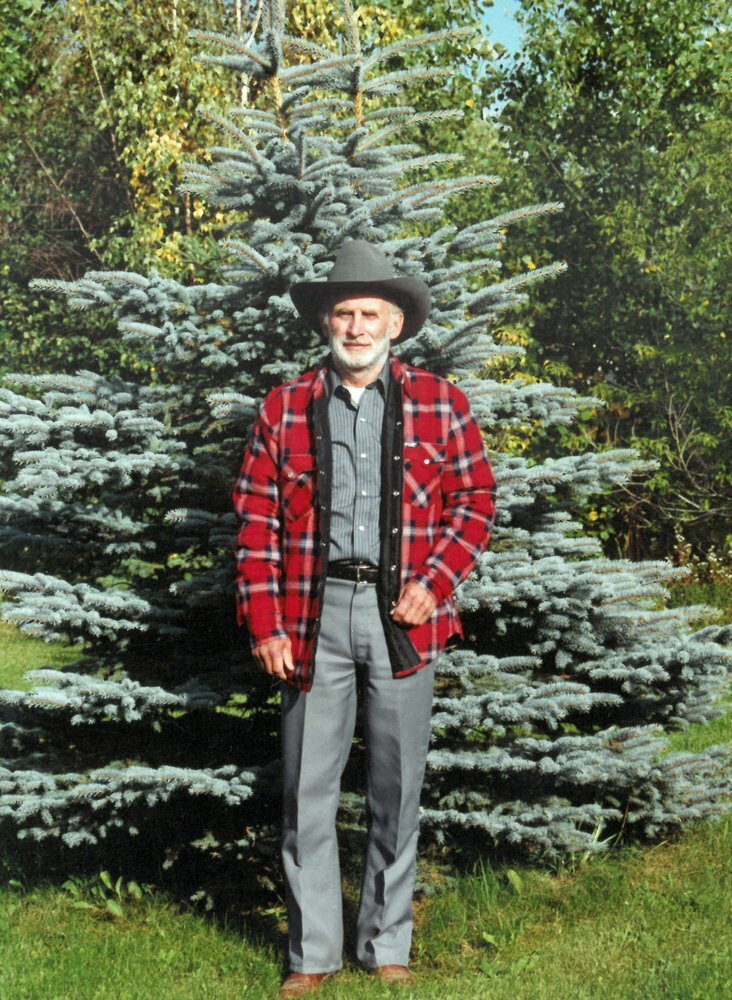 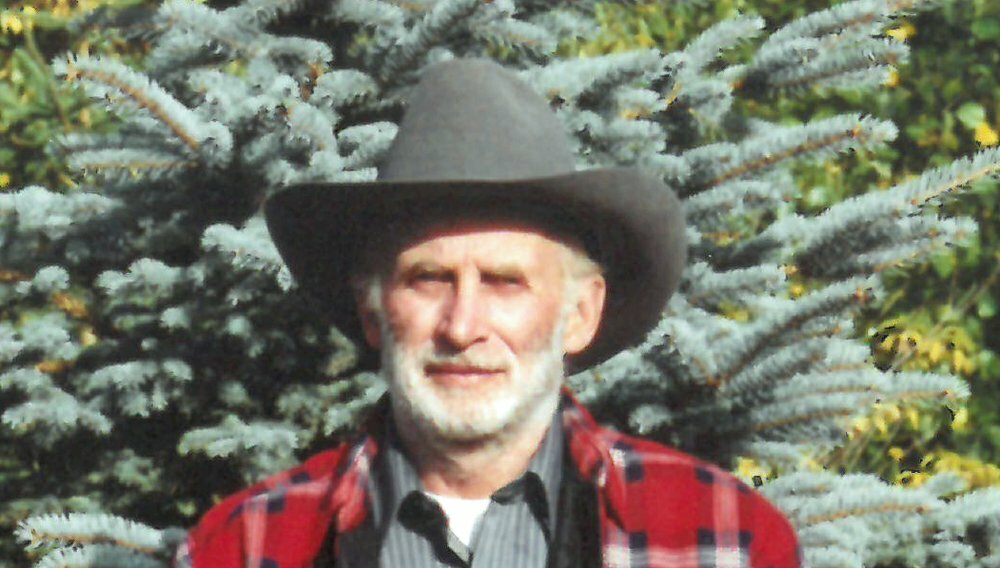 Thomas Paul Brown passed away peacefully on Sunday, February 16, 2020 at the age of 90 in Beaverlodge, Alberta. Tom was born on August 20, 1929 in Grande Prairie, Alberta. He was raised alongside his sister Joyce, and constant companion, his brother Jim, on the family homestead near the Hinton Trail Hall. Tom spent much of his life helping out on the family farm and playing with horses. He was an exceptional horseman with a gentle hand. Tom was the ultimate definition of a cowboy. He was a straight shooter with a kind heart and was generous in nature. In 1968, at the encouragement of his late wife Harriet, Tom moved to Salem, Oregon where he pursued a certificate in Education. It was from this point forward where, in Tom’s own words, he began to play school teacher. Tom’s enthusiasm for education made him a well-rounded teacher. He was loved and respected by the many students he had the privilege of guiding and educating during his time at both Elmworth and the Grandview Hutterite School. Tom was a man of many accomplishments. He earned a Master’s Degree in Science and Interdisciplinary Studies, was an avid supporter of PARDS (Peace Area Riding for the Disabled Society), and was given the Honorary title of Wagon Master for the Grande Prairie Stampede in 1998. Tom had a passion for poetry, short stories and self-published several pieces of literature. Tom is survived by his wife of 25 years, Linda MacKay, brother Jim Brown (Helen), sister Joyce Patton, daughters Lois Kochendorfer (Jim), Sharon Hayton, and Virginia Pridham (Andre) and sons Bob Kochendorfer (Judy), Glenn Kochendorfer (Eleanor), and Brian MacKay (Melissa). Lost without Tom are all of his extended family. Tom was predeceased by his late wife Harriet Brown, his mother and father Kathryn and Paul Brown, his grandfather Frank Brown, and his daughter Laura Doucet. A Funeral Service was held on Saturday, February 22, 2020 at 11:00 AM at the Hythe Legion. Pauline Haycock officiated. Tom was laid to rest in the Halcourt Cemetery following the service. In lieu of flowers, donations may be made in memory of Tom to PARDS (710009 RR 55 County of Grande Prairie, T8W5A7 or online at https://www.pards.ca/ways-to-give/), or to the Beaverlodge Nurses Staff Fund c/o Suzann Patterson (Box 480, Beaverlodge, AB T0H0C0). Very Respectfully Beaverlodge Funeral Service
Share Your Memory of
Thomas
Upload Your Memory View All Memories
Be the first to upload a memory!
Share A Memory