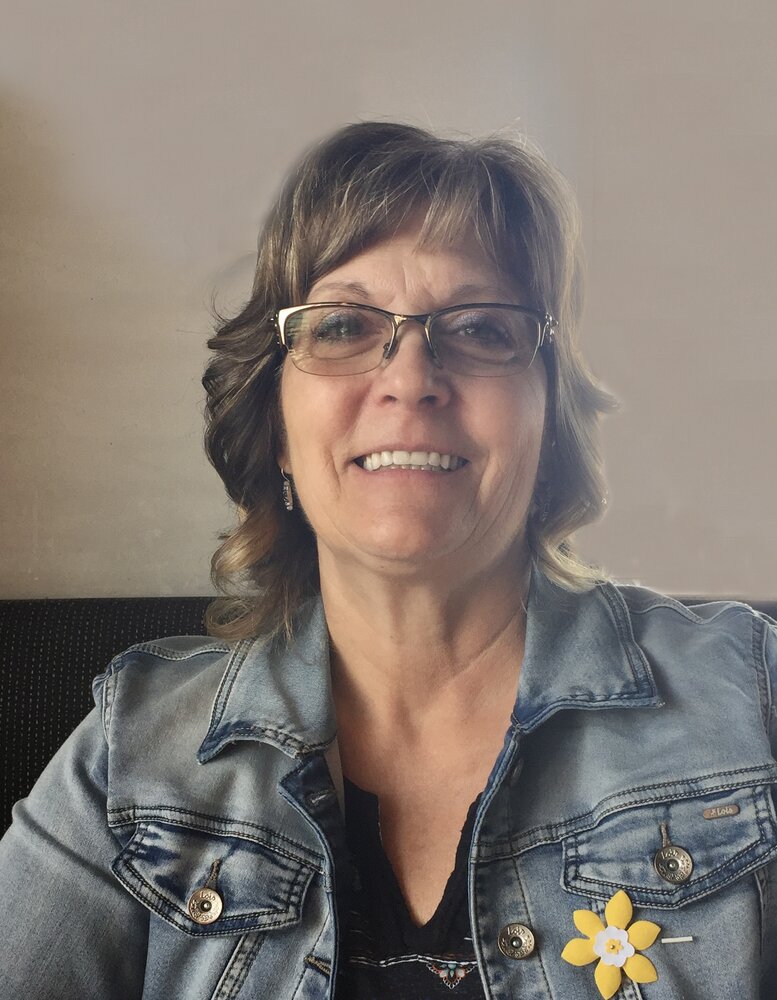 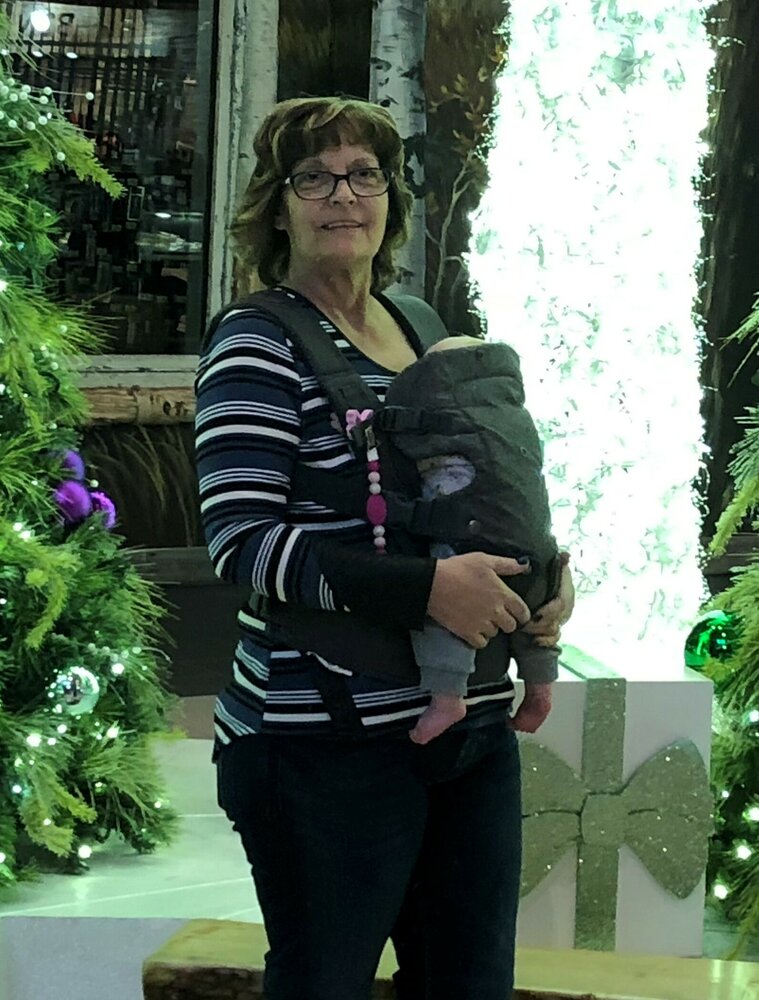 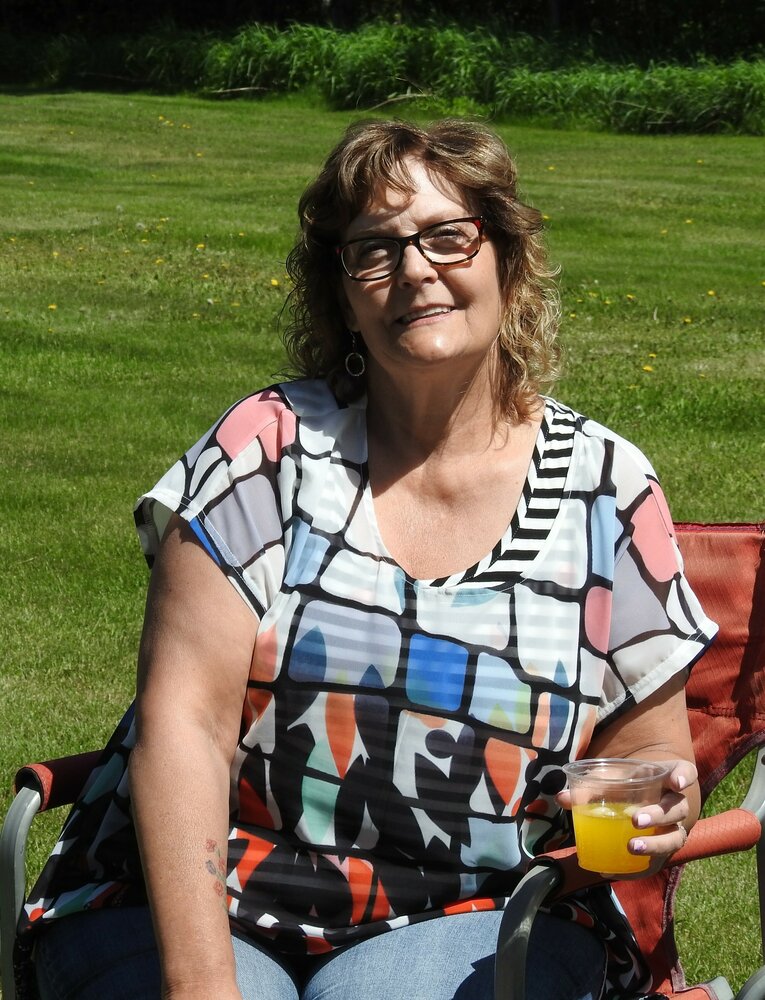 It is with heavy hearts that we announce the passing of Betty Atkinson, a longtime resident of Hythe, Alberta, on Thursday, April 7, 2022, at the age of 56 years at the Beaverlodge Hospital. Betty was born on August 1, 1965 in Essox County, Windsor, ON to Melvin and Anna Berlinski. She grew up with her sister, Brenda and brother, Brian. Betty lived in Hythe, Fox Creek and Merritt, before going back to Hythe in 1979. She met the love of her life, Sam Atkinson, and they were married on December 23, 1988. They had three children to complete their family; Kolby in 1986, Dolan in 1992 and Haley in 1994. They were later blessed with granddaughters; Ellianna in 2018 and Sophia in 2020. Married life on the farm during the early years was tough and discouraging, but as time went by it got easier and more enjoyable. It was a wonderful and peaceful place to raise their children. Betty loved watching her lilies bloom every year and they were always the nicest lilies she’s ever seen. Betty was a stay-at-home mom or “road runner” for 19 years, taking her children to the many different activities they were involved in; hockey, dance, swimming or any other sports they were involved in. She loved doing this and it became her social life. Betty made good friends along the way, and she is sure that a few enemies as well. These were the greatest years of her life as she got to watch her children grow into the great adults they are now. Betty enjoyed spending time with her friends and family; all the great holidays, the ‘cruise’, camping, fishing (although she would never clean one), quadding and rhinoing. She enjoyed being outdoors, having a beer and a picnic with everyone. She liked to go berry picking, mostly for the drive and visiting on the way there and the lunch afterwards. When she had time Betty picked up some hobbies along the way; quilting, crocheting and sewing of any kind, except for mending Sam’s jeans in the early days. Betty worked at the Hythe ATB from 2006 – 2011 and then truly enjoyed working at the Village of Hythe office from 2012 on. Betty was very proud of her children and the paths they have chosen to take in life. They are very talented; musically, artistically, and educationally. They have grown into strong, outgoing adults and it always made her heart burst every time she talked about them to others. In 2018 Betty was diagnosed with cancer and trips back and forth to Edmonton for treatments became a constant in their lives, however, they continued to live each day like nothing has changed. Betty is survived by her loving husband, Sam; Children, Kolby (Jessy), Dolan (Katelyn); Granddaughters, Ellianna and Sophia; Son-in-law, Cory; Father, Mel; Sister Brenda & Family; Brother Brian & Family; Sister-in-laws, Sheree, Susan, Bernadine, Grace, Teressa, Gwen and their families, as well numerous extended family and many friends. Betty is predeceased by her daughter, Haley; Mother, Anna; Father-in-law, Sam; Mother-in-law Shorty; and Nephew, Sean. From Betty: “You all have made my life worth living and I would not change a thing. Live your lives to the fullest and enjoy every minute. Life sometimes gives us a bad hand, but we play the cards we’re given and do the best we can. Remember, the past is a lesson, not a life sentence. Live for today and tomorrow, not for yesterday. Brighter and better days lay ahead!” A memorial service was held at the Hythe Royal Canadian Legion on Tuesday, April 19, 2022, at 11:00 am. Cindy Lockhart officiated, interment will be held at a later date.  Very Respectfully, Beaverlodge Funeral Service.
Share Your Memory of
Betty
Upload Your Memory View All Memories
Be the first to upload a memory!
Share A Memory