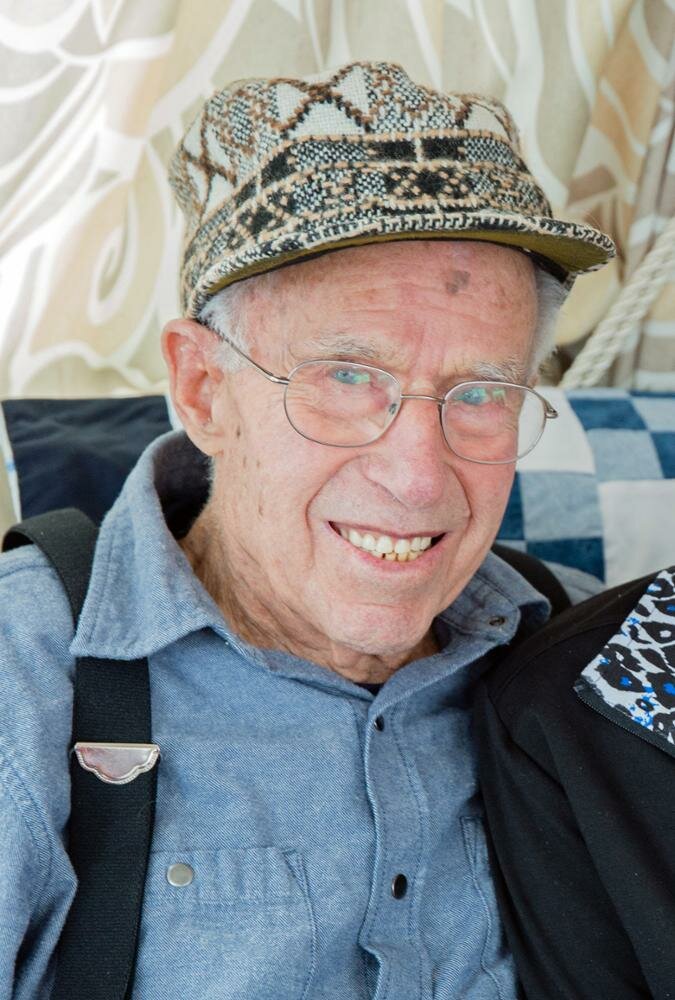 Marvin Johnson, a long time resident of Valhalla Center, Alberta passed away on Tuesday, January 24, 2017 in Hythe at the age of 96 years. Marvin Lloyd Johnson was born on October 14, 1920 in Hythe, Alberta. His life was a testament to the many accomplishments one man can achieve when he is focused on family and health and is granted a few special blessings. As a young man Marvin attended the West Hythe School where he excelled in math and athletics. Hard work was a part of Marvin’s life from a very young age. He served in WWII spending time as a truck driver in England, France, Belgium and Holland. Upon discharge he returned to this area where he found his partner for life, his wife Mabel. They began a journey that raised seven children; Shirley Steinke, Elsie Greber, Harvey (Marilyn) Johnson, Dennis (Linda) Johnson, Connie (Kelly) Mitchell, Raymond (Margaret) Johnson, and June (Wade) Saastad. Throughout the years they were blessed with seventeen grandchildren, twenty-one great grandchildren and nine great-great grandchildren. Marvin homesteaded a half section north of Valhalla Center where he and Mabel lived and farmed for 70 years. On the farm he successfully raised pigs, cows for milk and beef for slaughter, grain crops and hay crops. He did his own maintenance and mechanic work on the farm. He was able to supplement the farm income by working in the bush at sawmills, custom sawing logs with his own sawmill, and falling trees during winter logging. All his life he was a hunter, trapper and fisherman and loved the outdoors. He was a hardcore daily exerciser, doing push ups, stationary biking and stretches every morning. That was in addition to the walking, cross-country skiing, curling, golfing and yard work. All his exercise, good home grown food and Mabel’s cooking kept him going strong for many years. Marvin’s character was a blessing. He was a man of good reputation. He was a man of his word who could be depended upon. He carved a life for himself and his family with little else besides his own determination, hard work and Mabel by his side. He took to heart his responsibilities as a husband and parent through some very lean and difficult years. He provided a solid foundation for this family and we are thankful for the blessings he brought to our worlds. A Funeral Service was held on Monday, January 30, 2017 at 1:00 PM at the Hythe Legion. Pauline Haycock officiated. Interment followed in the Valhalla Cemetery. For friends so wishing, donations may be made in memory of Marvin to the Hythe Nursing Home Foundation, Box 100 Hythe, AB T0H2C0. Very Respectfully Beaverlodge Funeral Service
Share Your Memory of
Marvin
Upload Your Memory View All Memories
Be the first to upload a memory!
Share A Memory