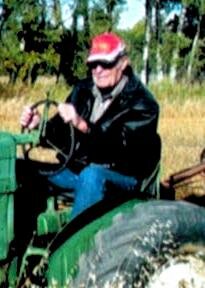 William Baird, a lifelong resident of Beaverlodge, Alberta passed away on Monday, December 12, 2016 in Grande Prairie, Alberta at the age of 77 years. Billy was the first of four children born to William and Sadie Baird; he spent his youth on the family farm just west of Beaverlodge. On August 8, 1957 he married Norma Evelyn Cunningham and soon after that their family began. Over the years they lived in Beaverlodge, Coal River, Hines Creek and eventually settled back on the family farm, where they raised their three children. He spent the majority of his young working career in the logging and oil industries; however his true passion was farming. Billy was very mechanically inclined and could fix anything, he enjoyed the challenge. He would spend hours reading owner’s manuals and “tinkering” until the job was complete to his satisfaction, patience and perseverance were two of his greatest attributes. He was always ready and willing to lend a helping hand to anyone that needed it and enjoyed a cup of coffee and a good visit as often as the opportunity arose. In his later years Billy enjoyed watching sports and games shows on TV, doing puzzles, reading books and going for drives in the country but his greatest joy of all was his family. Billy is survived by his wife of 59 years Norma, his three children, 7 grandchildren, 17 great grandchildren and his brother John (Margaret) Baird. He is predeceased by his parents William and Sadie Baird, brother Sid Baird, sister-in-law Rosemarie Baird and great granddaughter Ellie Baird. A Celebration of Life was held on Saturday, December 17, 2016 between 2:00 and 4:00 PM at the Beaverlodge Community Centre. Interment will be at a later date. For friends so wishing, donations may be made in memory of William to the Beaverlodge Hospital Foundation, Box 480, Beaverlodge, AB T0H0C0. Very Respectfully Beaverlodge Funeral Service
Share Your Memory of
William
Upload Your Memory View All Memories
Be the first to upload a memory!
Share A Memory