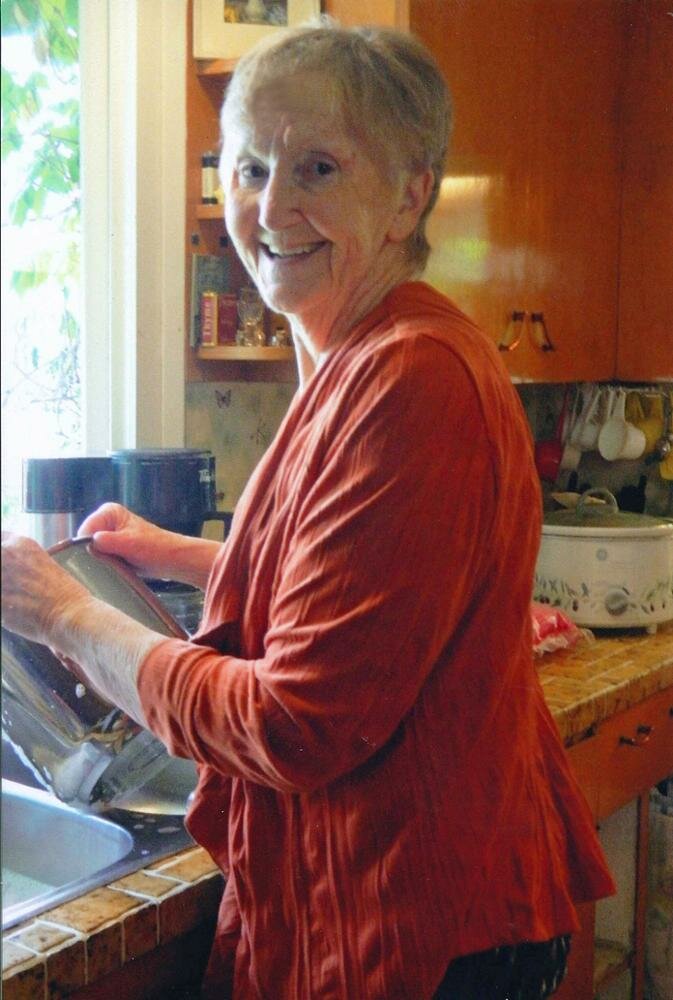 In loving memory of Gloria Jean Davis (nee Williams), dedicated and loving wife, mother, grandmother and dear friend. Gloria Jean passed away at the age of 75 years, at Grande Prairie QEII Hospital during treatments for an illness which began approximately three weeks prior to her passing. At the time of passing she was surrounded by her entire family as well as very competent and capable QEII hospital staff. She was raised in Hazelmere (near Elmworth) and attended school in Elmworth and Beaverlodge before embarking on university training. Gloria Jean attended University of Alberta in Edmonton where she earned degree accreditation in Education. Following her accreditation she taught school in Hythe and Beaverlodge for many years. Gloria Jean married Byron Davis of Beaverlodge in 1964 following which they raised a family of three boys Jeff, Tony and Barry. She was a wonderful wife and mother. After teaching for many years she retired and embarked on a career in business and personal accounting. She established a new company, GD Accounting Services which provided services throughout the immediate area as well as inter-provincial. Her life passion, outside her family, was growing things. She loved her work and with equal passion, loved her flowers , animals and birds. She worked constantly to improve all. She was also passionate about community involvement wherein she supported many local charities as well as Canadian Cancer Society through Relay for Life where she was a major sponsor. Gloria Jean was plagued with periodic health issues in the last 30 years. She struggled with a blood cell disorder initially which ultimately required removal of her spleen. Following this she was afflicted with lymphoma on two occasions which required extensive chemotherapy treatments. Most recently she was hospitalized by a combination of massive blood infection as well as the recurrence of lymphoma. She did not recover from these most recent difficulties. She was predeceased by her father and mother, Tom and Lucy Williams, her father and mother in-laws Gene and Gerri Davis as well as several aunts and uncles. Gloria Jean is survived by Byron, her husband, son Jeff and friend Sabrina, son Tony and wife Sara, son Barry and friend Michelle, as well as grandson Jesse Robinson and wife Katlyn, and grandson Layne, along with several aunts, uncles and cousins. She will be sorely missed by her family, many friends and relatives, as well as the community in general. A Memorial Tea in celebration of Gloria Jean’s life was held on Friday, September 30, 2016 at the Beaverlodge Community Center between the hours of 1:00 pm and 4:00 pm. It will be informal, unstructured and allow time for people to remember and discuss past associations. Attendees are invited to participate if the mood moves. A private family interment will be held in the Halcourt Cemetery. For friends so wishing, donations may be made in memory of Gloria to the Beaverlodge Hospital Auxiliary, Box 480 Beaverlodge, AB T0H0C0. Very Respectfully Beaverlodge Funeral Service
Share Your Memory of
Gloria
Upload Your Memory View All Memories
Be the first to upload a memory!
Share A Memory