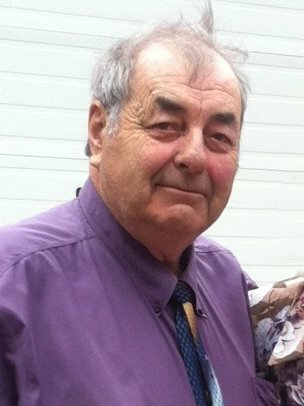 Byron Davis, a long-time resident of Beaverlodge, Alberta assed away peacefully on Thursday, March 8, 2018 in the Beaverlodge Hospital at the age of 77 years. Byron Jefferson Davis was born in the Grande Prairie Hospital in October 1940. Byron’s parents homesteaded in Beaverlodge for the first 7 years of his life and then moved their young family back to Visalia, California for 5 years. In 1952 they moved their family and construction business back to Beaverlodge where Byron attended Gimli School, south of the family farm. Byron met his bride-to-be Gloria Jean Williams when they attended Beaverlodge Regional High School. They dated and eventually were married in June 1964. Byron and Gloria Jean had three sons, Jeff was born in September 1968, Tony in September 1971, and Barry born in February 1974. Byron studied tap dance, played the trumpet, and loved to dance the jive with Gloria Jean. Byron, Gloria Jean, and the boys enjoyed many years of square dancing, volunteering at the Beaverlodge Museum, and hours and hours, and days and days, of gardening and yard work. Yes, we did a LOT of mowing and watering. Byron spent years as a welder/fabricator, and later expanded the business into the field of vibration consulting. He was predeceased by his parents Eugene and Geraldine in 1990, and his sweetheart Gloria Jean in September 2016. Byron is survived by his son Jeff, and girlfriend Sabrina, son Tony, and wife Sara, their children Jesse (Kaitlynn) and Layne, and son Barry, and girlfriend Michelle. With respect to Byron’s wishes, no formal funeral service will be held. Interment will be held in the Spring in the Halcourt Cemetery. For friends so wishing, donations may be made in memory of Byron to the Beaverlodge Auxiliary, Box 918, Beaverlodge, AB T0H0C0. Very Respectfully Beaverlodge Funeral Service
Share Your Memory of
Byron
Upload Your Memory View All Memories
Be the first to upload a memory!
Share A Memory