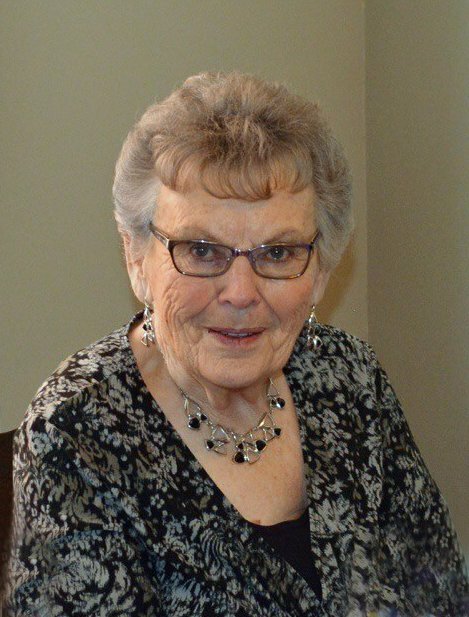 With sad hearts we say goodbye to Hazel Tofteland, a lifelong resident of Valhalla Centre, Alberta. Hazel passed away with family by her side on Wednesday, May 22, 2019 in the Beaverlodge Hospital at the age of 86 years. Hazel Roberta was the first of four children born at Poplar Hill, Alberta to Norwegian immigrant parents, Harold and Ruth Olderskog. In 1956 Hazel married Steve, her husband of 63 years. In 1960 they bought land in the Valhalla area, a half mile from where Steve was raised. This is where they built their lives and raised five children. In the mid 1960s, Double A Stock Farm was established after purchasing their first registered Black Angus and Arabian horses. This was the beginning of what became years of both Horse and Beef 4H, Fairs, cattle shows and bull sales. Hazel was involved with every aspect of the farm. A good cook, in which no one went unfed, a big garden for canning and freezing, butchering chickens, washing animals in show preparation, to driving grain truck or tractor when needed. As with most farm wives, hard work didn’t phase her. Hazel was raised in a very musical family. Even though she never read music it was amazing how she could pick up any instrument and play it just by ear. This love of music found them at many gospel and old time country music festivals throughout the Peace Country. Hazel had a lot of creative talents. She enjoyed oil painting and she especially loved to sew. Many people have benefited from her love of quilting. Hazel’s biggest love though was that for her family. Their care and well being was her number one priority and her grand and great grandkids were her pride and joy. Hazel will be deeply missed by her husband Steve, her sons Byron (Jean Far), Garry, and Daryl (Donna), and her daughter Bonnie, her grandchildren Jennifer (Chris) Roberts, Dallas (Rachel), Chad (Shellie), Jacey (Dalton) Campbell, and Stevie Lynn (Josh) Boettcher, along with 11 great grandchildren. She will also be missed by her brother Arvid (Jennie) Olderskog, her sisters Gayle (John) Polson and Norma (Leo) Jegen, her brother-in-law Tom (Joyce) Tofteland, sisters-in-law Mabel (Gunnar) Krantz and Olivia (Ken) Arkell, as well as numerous nieces, nephews and cousins. Hazel was predeceased by her son Harley, her parents Harold and Ruth Olderskog, parents-in-law Jesse and Tone Tofteland, and brother-in-law John Tofteland. A Memorial Service was held on Thursday, May 30, 2019 at 2:00 PM at the Hythe Legion. Pauline Haycock officiated. Interment will be held at a later date. In appreciation of the care given to Hazel, in lieu of flowers memorial donations may be made to the Beaverlodge Hospital Foundation, PO Box 480 Beaverlodge, AB T0H 0C0. Very Respectfully Beaverlodge Funeral Service
Share Your Memory of
Hazel
Upload Your Memory View All Memories
Be the first to upload a memory!
Share A Memory