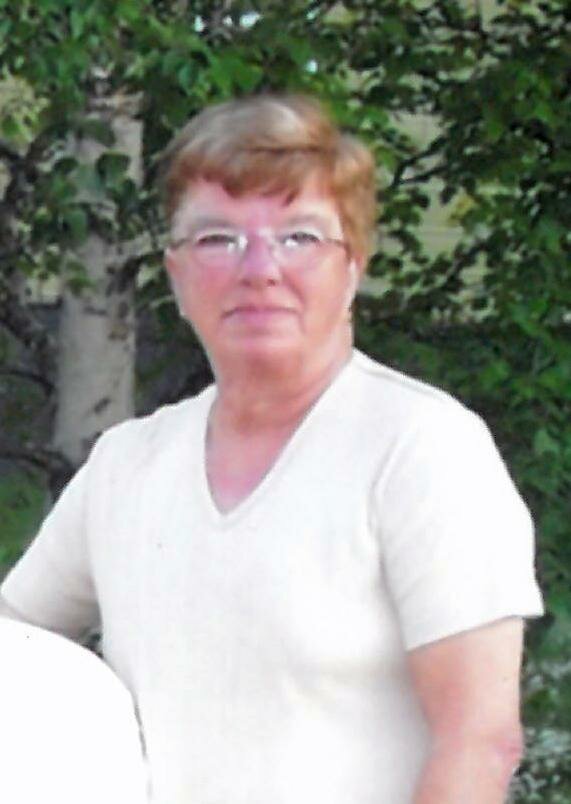 Carol Robertson, a resident of Hythe, Alberta passed away on Thursday, June 1, 2017 in Beaverlodge at the age of 75 years. Carol Louise Dolemo was born on May 9, 1942 in Grande Prairie to proud parents Jessie and Verna. She was the eldest of five children, and was raised on a farm in the Valhalla area. Carol attended Mode School and then Valhalla Centre where she completed Grade 11. She met her forever soul mate Bob Robertson at a community dance in Albright. They were married on December 10, 1959 and had four children; Ruby, Dale, Patty, and Gloria. Carol worked as a Nurse's Aide at the old Hythe Hospital, then worked as a Teacher's Aide at the Hythe Elementary School and the Valhalla Centre School until retirement. They lived on the Robertson Dairy farm until 1975. They moved to their own little piece of property and made it their home. She loved to garden and took pride in herself on what she could grow. Carol dedicated herself to her family. She was always there to lend an ear and help in any way. It didn't matter the time of day or how many showed up, she always had things organized, even for meals. At times starting a meal for four and ending up with a whole crew to feed. She never complained, just kept cooking until all were full. Her memory will forever be kept in the hearts of who she leaves behind; her children: Ruby (Dale) Stuber, Dale (Vivian) Robertson, Patty Nixon, and Gloria Robertson, as well as her siblings: Donald Dolemo, Donna Foss, Darlene Peterson, and Larry (Cheryl) Dolemo, along with seven grandchildren, seven great grandchildren, and all of her nieces and nephews. A Memorial Service was held on Tuesday, June 6, 2017 at 11:00 AM at the Hythe Legion. Frank Lowen officiated. Interment will be held at a later date. For friends so wishing, donations may be made in memory of Carol to STARS Air Ambulance, 10911-123 Street Grande Prairie, AB T8V7Z3. Very Respectfully Beaverlodge Funeral Service
Share Your Memory of
Carol
Upload Your Memory View All Memories
Be the first to upload a memory!
Share A Memory