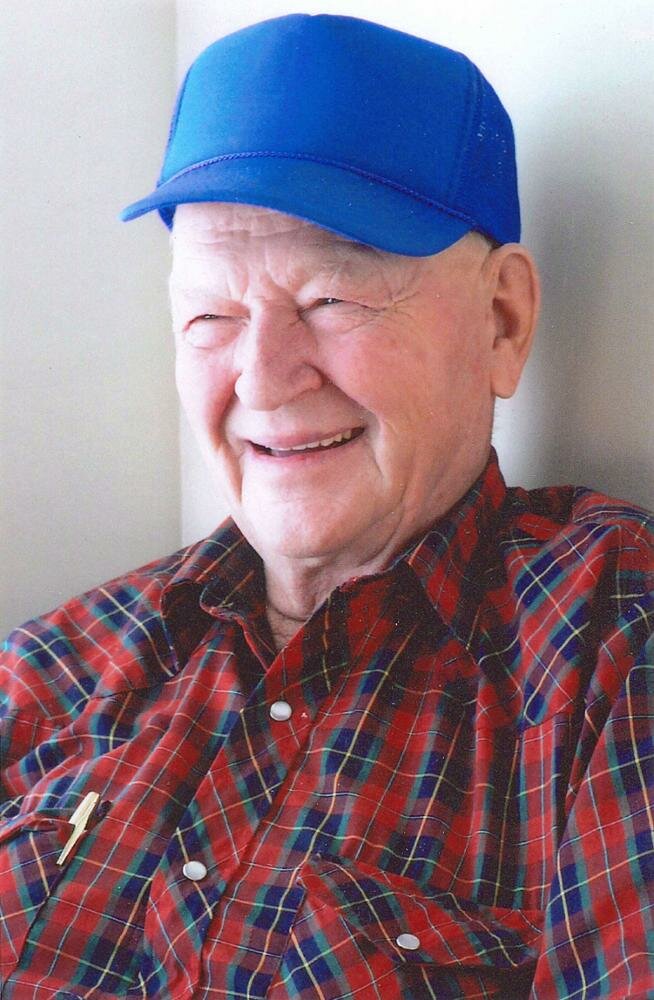 Clarke Scobie, a resident of Hythe, Alberta passed away on Friday, April 8, 2016 in Hythe at the age of 90 years. Clarke Simmons Scobie was born on September 30, 1925 to parents Theodore and Lila Scobie in Cayley, Alberta. Clarke married Winifred Stephenson on January 5, 1950. Clarke and Winnie moved to Cecil Lake, B.C. in 1953, ran a store and farmed. They later ranched at the Halfway River west of Mile 132, B.C. off the Alaska Highway for 28 years, and where they spent their 50th Wedding Anniversary with friends and family. They also spent many winters in Arizona before retiring to Hythe in 2005. Clarke was predeceased by his parents Theodore and Lila, his brother Morley Scobie of Vulcan, AB, his sisters-in-law Jean and Dawn, and his brother-in-law Eddie Stephenson. Clarke is survived by his loving wife of 66 years, Winifred (Stephenson) Scobie, his two sons Al (Dianne) of Pink Mountain, B.C., and Jack (Barbara) of Cecil Lake, B.C., his two daughters Lee (Tompkins) Scobie of Fort Simpson, NWT, and Tess (Howard) Davidson of Cecil Lake, B.C., eight grandchildren: Jacqueline, Julie, Wendy, Kimberly, Kyreen, Kevin, Kelsey, and Kelly, nine great grandchildren: Logan, Colby, Kylie, Jack, Cayley, Karter, Keston, Ty, and Taryn, as well as his brother Wayne Scobie of High River, AB, and his sister-in-law Rose Dayment of Longview, AB. Clarke's family would like to invite you to a Celebration of Life on Saturday, June 4, 2016 at 2:00 PM at the Cecil Lake Hall, 4864 Cecil Lake Road, Cecil Lake, B.C. No formal funeral service will be held at Clarke's request. For friends so wishing, donations may be made in memory of Clarke to the Hythe Nursing Home Foundation, Box 100 Hythe, AB T0H 2C0. Very Respectfully Beaverlodge Funeral Service
Share Your Memory of
Clarke
Upload Your Memory View All Memories
Be the first to upload a memory!
Share A Memory