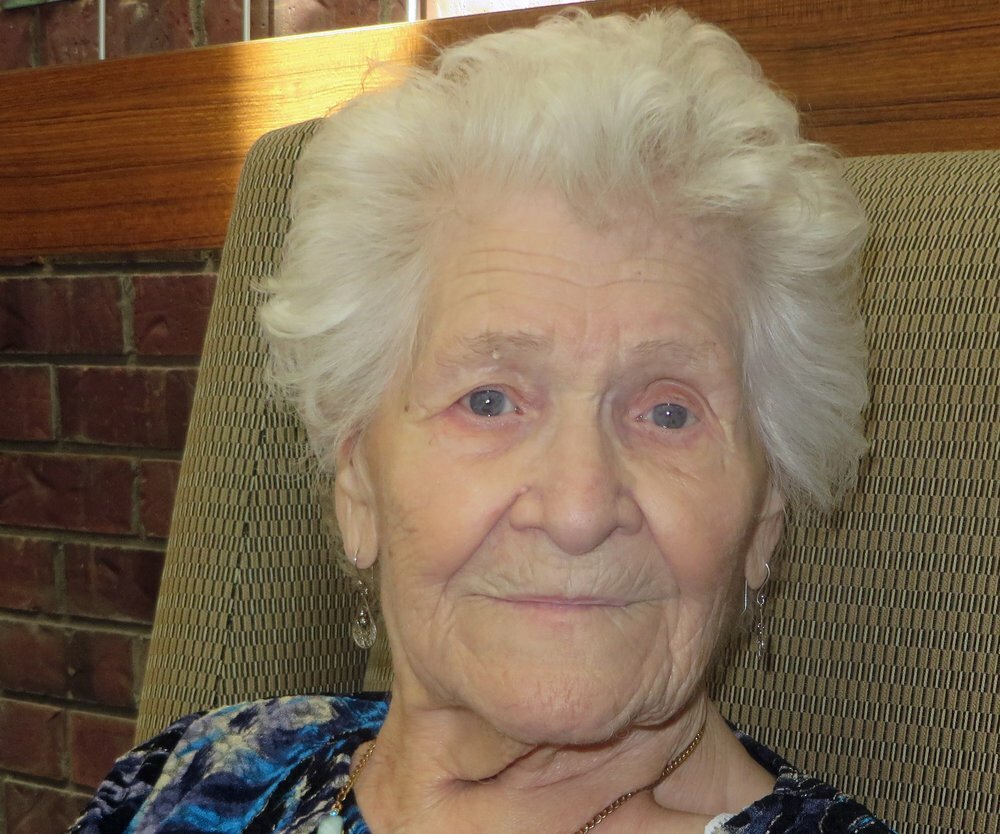 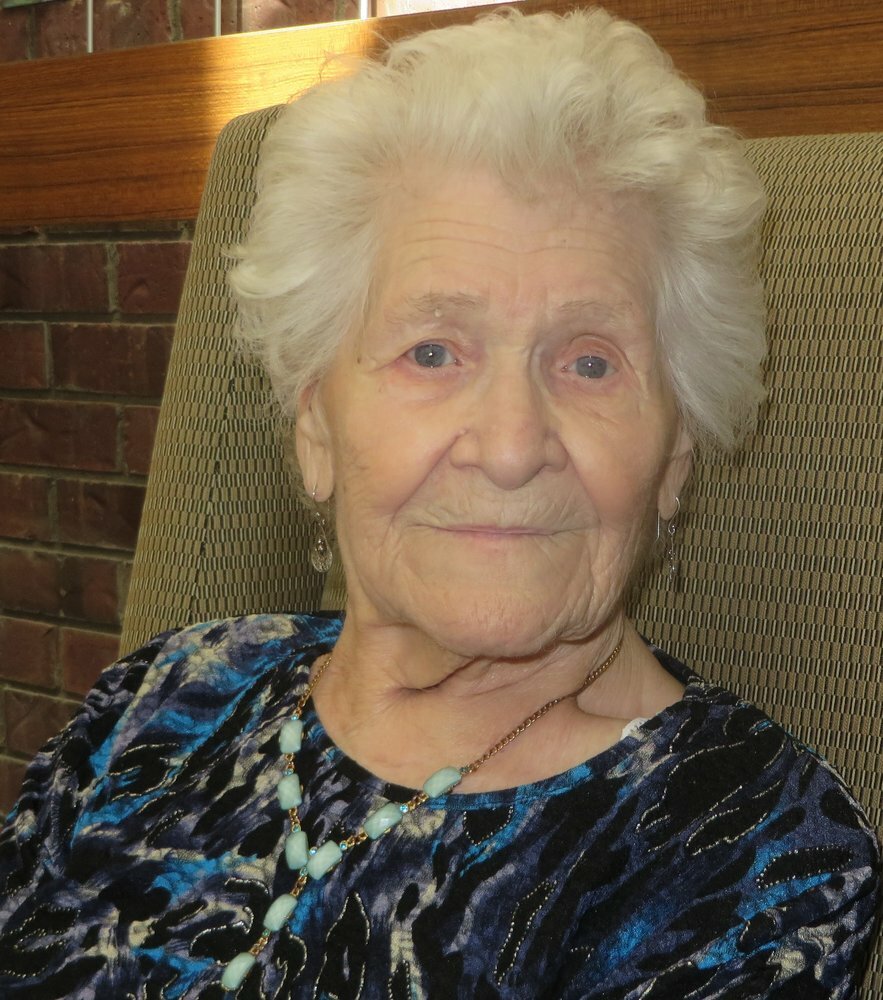 Irene Tribo, a longtime resident of Beaverlodge, Alberta passed away with family by her side on Wednesday, March 20, 2019 in Prairie Lake Seniors Community at the age of 98 years. Irene was born on March 12, 1921 in the village of Troyani, Ukraine. She met her husband, Arie Tribo, in Holland and they were married on May 7, 1945. They immigrated to Canada six years later with two young children, Kathy (4) and Annie (2). They were sponsored by their “Canadian Fathers”, Edwin John and Ralph Carrell, and settled in Beaverlodge, Alberta. Irene was predeceased by her husband Arie Tribo in 1981, two sons-in-law, Frank Heck and Max Duchinski, and her grandson Johnathon Tribo. Irene will be sadly missed by her children, Kathy Duchinski of St. Georges, Manitoba; Annie (Russ) Caldwell of Calgary, Alberta; Donna (Jurgen) Kaut of Grande Prairie, Alberta; Nick (Debbie) Tribo of Airdrie, Alberta; and John (Sheila Briody) Tribo of Wembley, Alberta. Irene is also mourned by her 13 grandchildren, 21 great grandchildren, and one great-great grandchild. A Prayer Service was held on Sunday, March 24, 2019 from 7:00-9:00 PM at St. Mary’s Catholic Church (1107-1st Avenue, Beaverlodge). Fr. Michael Diaz officiated. A Funeral Mass was held on Monday, March 25, 2019 at 11:00 AM at St. Mary’s Catholic Church. Father Jeyapaul officiated. Irene will be laid to rest in the Beaverlodge Cemetery beside her husband, Arie, following the service and luncheon. Irene was a believer and had an enduring faith in Jesus Christ for the forgiveness of sins and the promise of eternal life. By God’s grace through faith, Irene is now at home in heaven with her Lord and Savior, Jesus Christ. To God be all honor and glory. For friends so wishing, donations may be made in memory of Irene to St. Mary’s Roman Catholic Church, PO Box 146 Beaverlodge, AB T0H0C0. Very Respectfully Beaverlodge Funeral Service
Share Your Memory of
Irene
Upload Your Memory View All Memories
Be the first to upload a memory!
Share A Memory