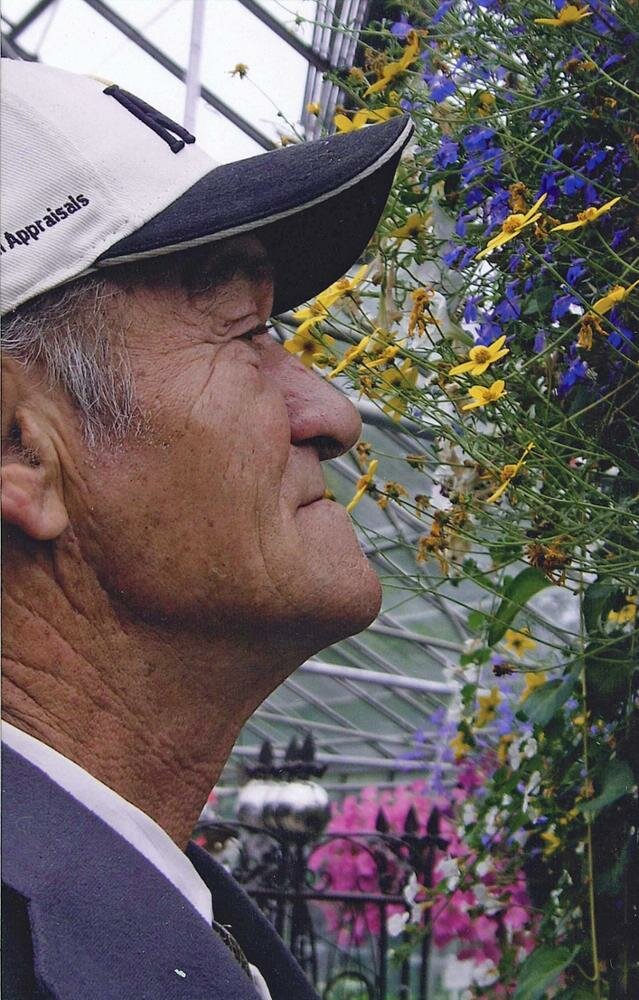 Marie Evelyn Irvina Cunningham, fondly known to most of us as Mickey, was born on March 14, 1927. She was born in Comeau's Hill in Yarmouth County, Nova Scotia, a small town on the southern Atlantic coast. She was the eldest of 14 children, born to Douglas and Olive Cunningham. Mickey left the family home when she was 19 years old to marry her first husband Ed Parker, a young man who was stationed at the Tusket Air Force Base close to her hometown. Shortly after the marriage they moved to Northern Alberta and settled in the Hazelmere District. Together they had 6 children. After Ed’s passing, Mickey continued to live in Hazelmere. In 1959 she married Vivien Cook, a local Hazelmere farmer, and over the years welcomed the birth of 3 more children into the family. Vivien and Mickey continued farming until 1975 when they retired to live in Beaverlodge. After Vivien’s passing in 1985, Mickey continued to reside in the family home for a number of years until she made the move into the Hythe Pioneer Home and then finally to the Hythe Continuing Care Centre. Mickey was a tiny lady, small in stature but big of heart. Her nickname came from her size. She was teasingly referred to as “half pint” often called a mickey, the nickname stuck with her for the rest of her life. Mickey made up for her smallness of size with a large, generous spirit and gentle manner. In spite of a difficult life, she managed to give generously of herself whenever she could. She loved to knit and nearly all the neighbours and the children were given booties, caps or baby sets over the years. She loved to read and wrote beautiful poems in years past. Her style of writing was an art in itself. Her favorite things were her family photo albums, her spoon collection, all babies and a drop of cherry whiskey on holidays. Mickey passed away peacefully on April 17, 2013 in the Beaverlodge Hospital at the age of 86 years. Mickey was predeceased by her parents and 4 of her siblings, her husbands; Ed Parker and Vivien Cook, four of her children; Harvey, Dale, Randi and Zane, and her grandson Colby Parker. A Prayer Service was held on Sunday, April 21, 2013 at 6:00 PM at St. Patrick's Catholic Church, Rio Grande, Alberta. A Funeral Service was held on Monday, April 22, 2013 at 1:00 PM at St. Patrick's Catholic Church. Father Arul Arockiasamy officated. Interment immediately followed at Rio Grande Cemetery. For friends so wishing, donations may be made in memory of Mickey to the Hythe Continuing Care Centre, Box 100 Hythe, AB T0H 2C0. Very Respectfully Beaverlodge Funeral Service
Sunday
21
April

Share Your Memory of
Irvina
Upload Your Memory View All Memories
Be the first to upload a memory!
Share A Memory
Plant a Tree

A Division of Peace Funerals Inc.